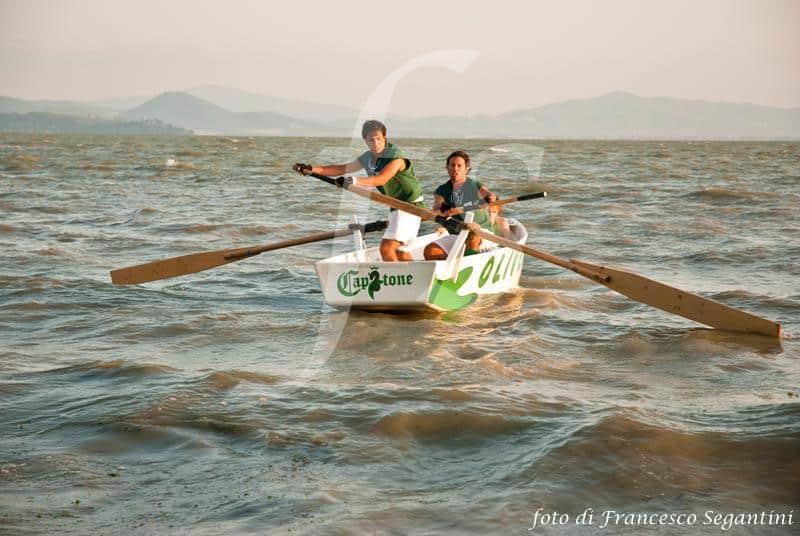 The “Palio of the Boats” is divided into three stages: the first and third events are water races, while the second stage requires contestants from the town’s four districts to carry boats on their shoulders through the steep hills and passageways of old town Passignano. The palio, held annually on the last Sunday in July, originates from an attempted invasion in 1495. A small number of exiles from Siena and Perugia invaded the castle at Passignano, but were intimidated by Passignano’s violent reaction and fled the town carrying their boats on their shoulders. During the palio, women participate in the “Race of the Jugs,” an event that pays homage to past women who protected the castle’s water supply by carrying jugs of water with speed and grace.

Note: dates have not been announced yet. Please check the event website for updates.

Access 160 Issues of Our Award-Winning Travel Publication. Get Insider Help Planning Your Trip to Italy.