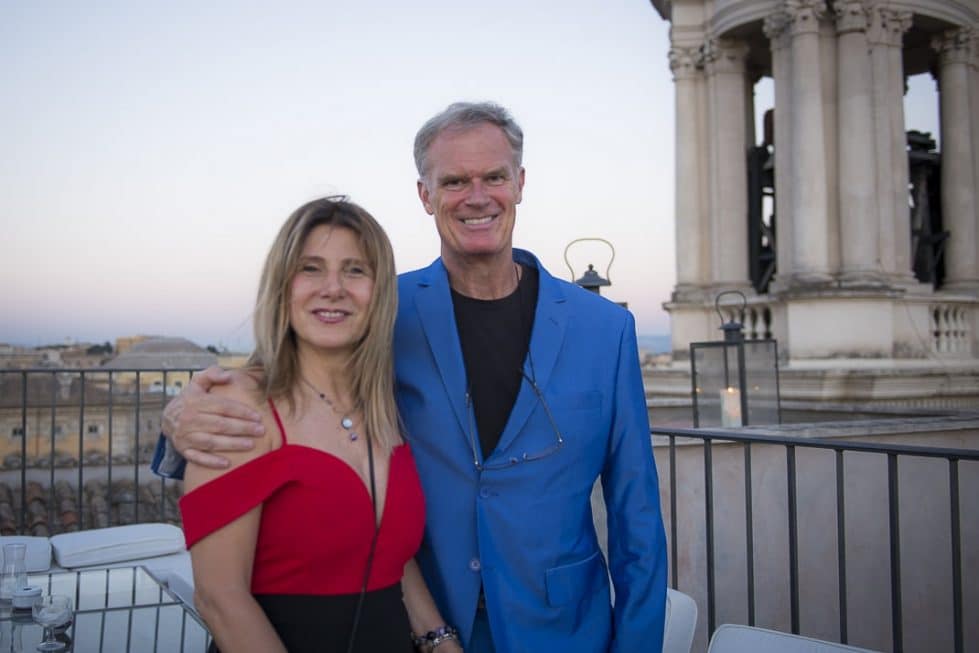 This article originally appeared in the February/March 2021 issue of Dream of Italy. If you would like to see this article as it was designed in the magazine, click here for the PDF.

American journalist John Henderson dreamed for years of moving to Italy before he eventually retired in Rome. His move came in phases starting with a sabbatical from his sports writing career. John is one of the few American men we know who have made the move to Italy on his own. He now shares his life with his Italian girlfriend, Marina Pascucci.

Now that he’s living in the Eternal City, he has learned to deeply appreciate Italian life: good food and wine, friendships with locals, soccer and the unexpected beauty tucked away in every little corner of the city. 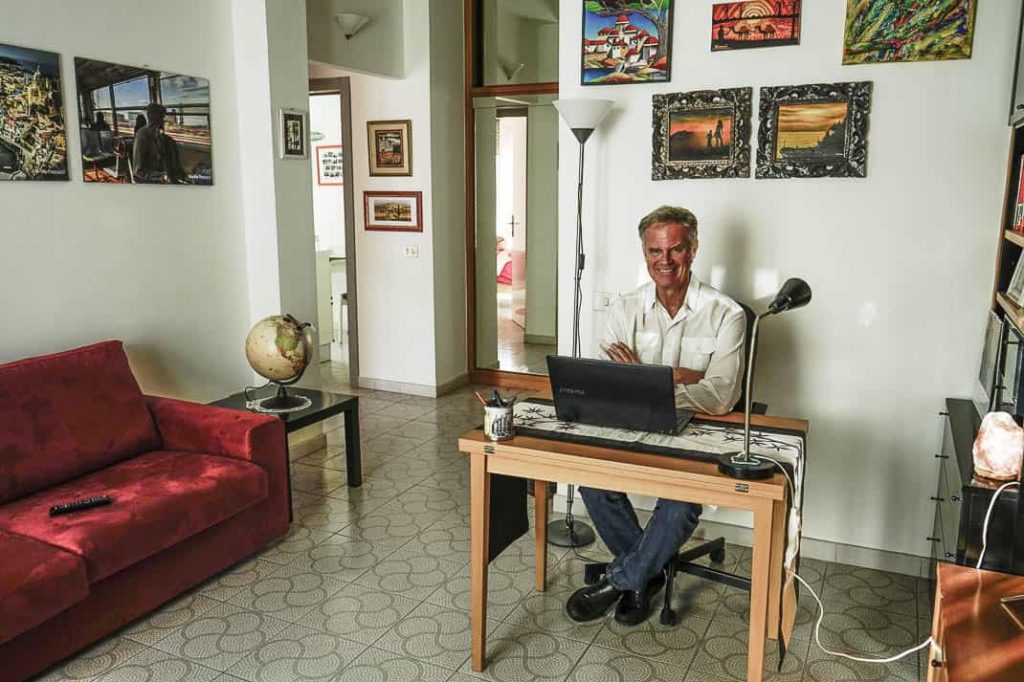 Kathy McCabe: I know a little of your story, but how did you come to fall in love with Italy?

John Henderson: It goes back to the year 2000. I had just covered the Sydney Olympics, my first Olympics, and really loved it but was really burned out on sports writing. In our contract with The Denver Post, you can take a year sabbatical and have your job guaranteed when you get back. So I talked to this guy and he told me how great it was spending six months traveling around Italy.

My girlfriend at the time was a radio reporter and she was also burned out at her job. We set out for November 2001 to move to Rome, and then 9/11 hit. We went there for a year; we loved it so much that I got two extensions on my sabbatical.

I ended up staying 16 months, and then the U.S. invaded Iraq in March of 2003 and the dollar started to drop against the euro. We fell in love with Rome so much that when we left, we vowed we would return forever.

Well, I couldn’t find a job, and in 2010 my girlfriend and I broke up. And I said, “okay, I’m just going to save my money and retire.” In the meantime, during all these years, I kept going back and forth to Rome to visit, to see old friends, just to improve my Italian, to get a feel for living there some more as it changed economically. In August of 2013, I reached my financial goal, in December 2013 I got my visa and in January 2014 I moved.

KM: Do you have the elective residency visa?

JH: It is residenza elettiva. That gives you permission to live in Italy for a year. After a year you need a permesso di soggiorno, and that’s when you’ve got to show proof of financial stability, insurance, and housing contract.  It’s basically permission to live here, as long as I don’t work.

KM:  You just knew when you were in Rome, you wanted that city life, right?

JH: Yeah. There are so many more museum openings and wine tastings and politics. The pulse.

KM: But you plan to stay?

JH: Oh yeah. I will  die here. I can’t think of any place else I’d rather live.

KM: Tell me your impression of the lockdown in Italy. What does it say about Italian culture? 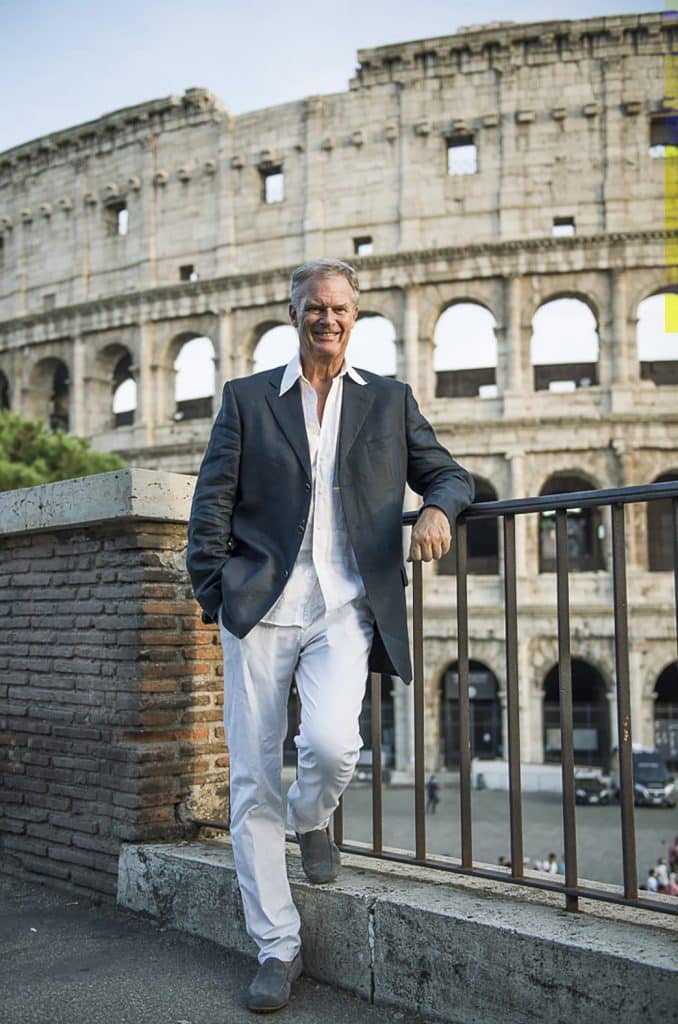 JH: I remember after the first week, people were getting on their balconies and holding candles and singing Italian songs. That was moving. I mean, everybody came. I really felt like I was part of the Italian people, part of the Italian culture that everybody was really coming together to make each other feel like, “Look, we’re going to get through this.”

KM: What is it that you have discovered about Italians?

KM: Which is beautiful. What ways do you think Italians live?

KM: Tell me about beauty.

JH: The beauty is in the architecture; in the cities. Living in Rome is like living in an outdoor museum—everywhere you go, you see artwork. You’re in a rainstorm in the Piazza del Popolo, and you’re running into the Chiesa de Maria Del Popolo and you see three Caravaggio, authentic ones.

KM: You moved to Italy as a single, American man. We don’t hear a lot of stories of that. Why do you think that is?

JH: I think American women are more adventurous than American men. I think they’re more willing to take chances. American men get settled and they’re more identified by their salary and their position, and they don’t want to lose that. I’m also unique in that I never married. I have no wife, no ex-wife, no kids. So that helped a lot. I know a lot of men who asked me how I did it and that’s what I tell them, and it pretty much disqualifies them on all four counts.

KM: What about making Italian friends?

JH: I found that pretty easy as I found Italians very open. That’s my experience. I got welcomed into homes.

I’m a big soccer fan. I’ve got an A.S. Roma key chain, and I show this around town and they say, “Oh, forza Roma!” I even get discounts in the public markets. This gives me a way to bond with the locals.

And be humble about the United States. All cultures want respect. Treat them as equals, be curious, they will 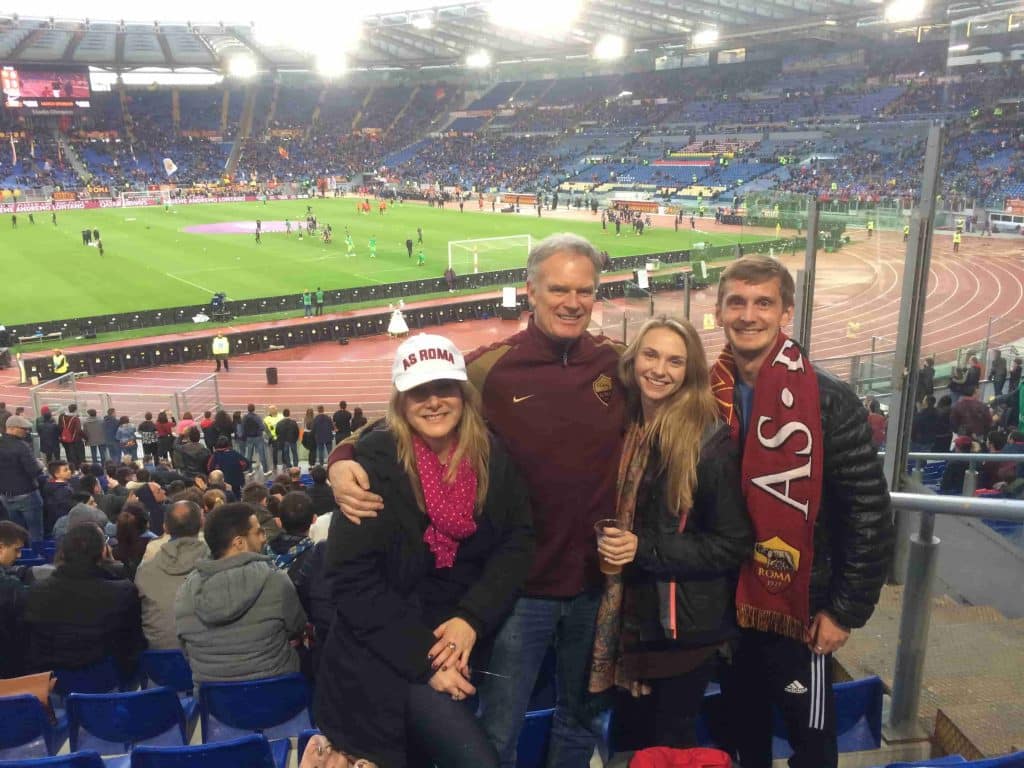 Then don’t be afraid to throw a party and invite every Italian you know and have them invite a friend.

KM: Do you think living in Italy, living in a new culture helps you age better, cognitively?

JH: Yes. Well, cognitively I’ve also learned, and this is true, if you’re learning a new language it is a great way to keep your mental capacity going, you’re always learning. I think it helps fight off dementia and the Alzheimer’s, it really does.

Also, living in Italy as an expat, you never feel like you’re getting old because every day you see that you have a new experience, you pass a new restaurant you want to try, you read about another town in Italy you want to visit, and everything is so close. I always have something to look forward to. You never feel like you’re in a rut living here.