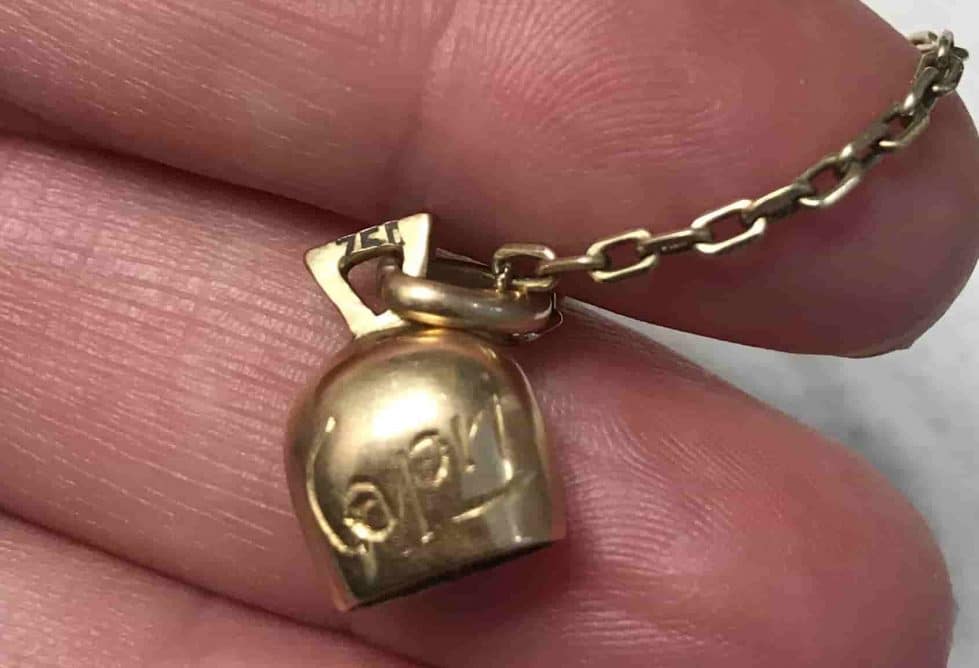 This article originally appeared in the April/May 2020 issue of Dream of Italy. If you’re not a member, join today to access the entire special report on Capri.

The legend of the bell of San Michele (Saint Michael) holds a storied place in the history of Capri. And one of these bells might just be a big reason I am here on Earth today.

It was an April night in 1966. My mother had plans to meet a friend for a drink at a bar on the Upper East Side of Manhattan. When her friend cancelled at the last minute, my mom went alone for one drink. There she met a sweet man with stunning blue eyes and a great sense of humor. He said he heard bells. They were married the next January. That man was my father.

That night my mother was wearing a small 18-karat gold bell with “Capri” etched on it. Her parents bought it a few years earlier at the jewelry store Alberto e Lina La Campanina. 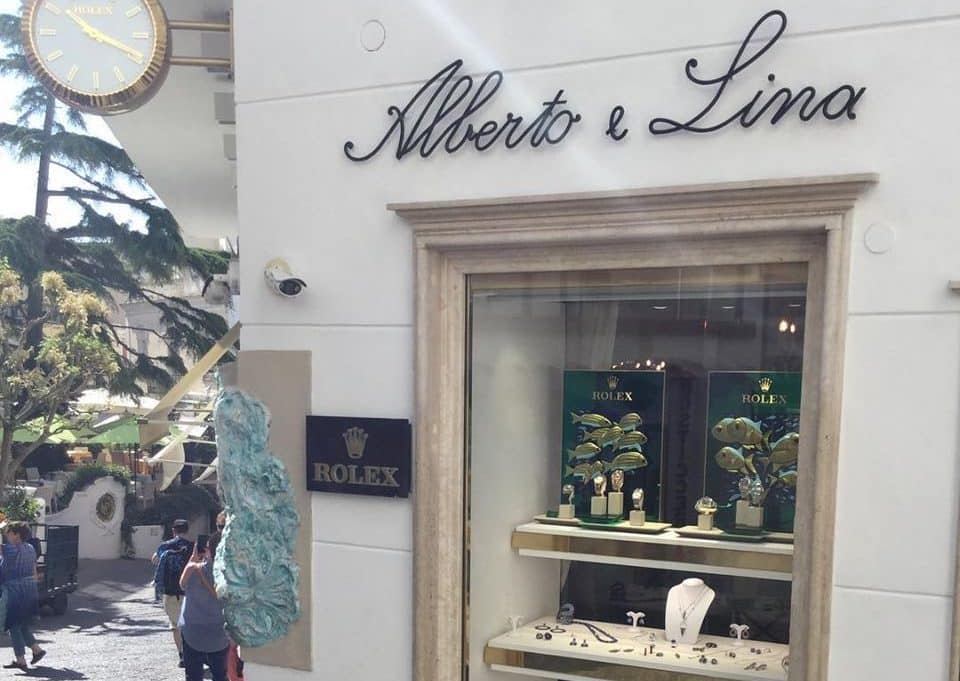 After meeting my father, my mother considered this bell her lucky charm and wore it nearly everyday for more than 50 years.

It isn’t surprising that my mom found this bell to be lucky. As the legend goes, one night a poor shepherd boy on the island could not find the one sheep his family owned. Panicked, he heard bells and followed the sound to a ravine. There St. Michael appeared to him and took a small bell off his neck and gave it to the boy saying, “Take this bell and always follow the sound of it to keep you from danger.”

For years, jewelers on Capri have produced these bells as small charms. During World War II, American soldiers came to Capri for rest and relaxation and bought these bells at a little shop owned by a woman named Olimpia. They pinned them inside their uniforms for good luck or sent them home to their families in the U.S. President Roosevelt was given a large replica of the bell in 1944 and it was rung to mark the end of the war.

Olimpia’s daughter Lina married a man named Alberto and they opened their own jewelry shop in 1950. As a pilgrimage of sorts, my mother added Capri to the itinerary of our first trip to Italy in 1995 — simply to visit Alberto and Lina’s store where my grandparents bought her the bell. 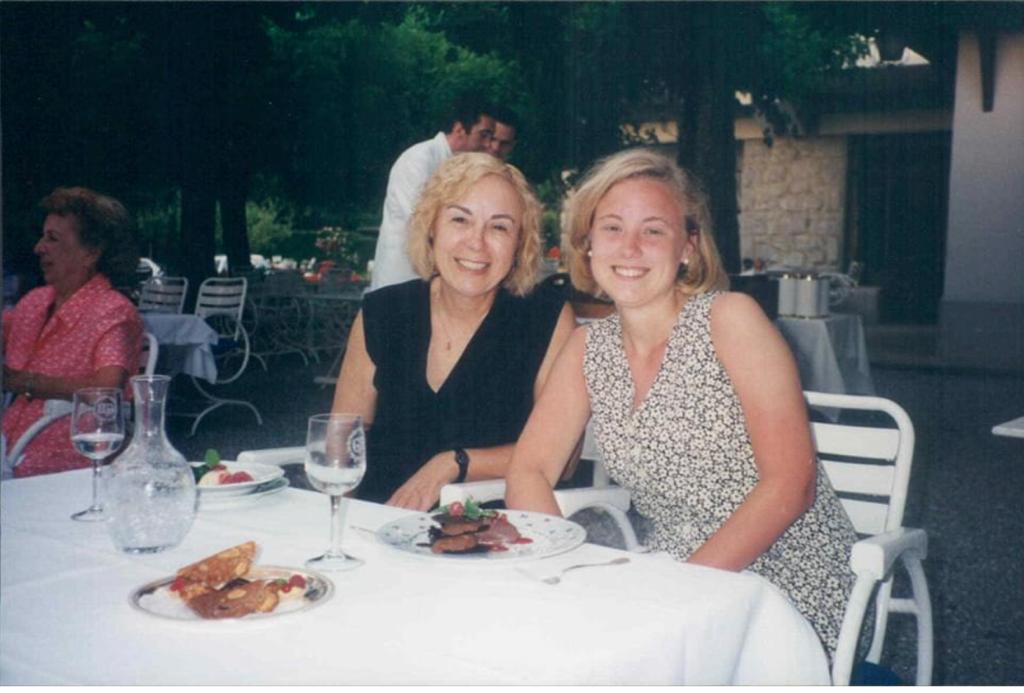 A day after my mother entered the hospital for the last time, she unhooked her necklace with the bell on it as well as medal of Santa Barbara and told me to put in on for safe-keeping. “You’re never alone when you wear the bell,” she said.

I haven’t taken it off in the two years since she passed away and have now added a sunflower from Delbrenna in Tuscany to join the charms on the necklace. I dream of returning to Capri to film an episode for the PBS series. You can be sure the bell and its legend will play a starring role.

La Campanina, now run by Alberto and Lina’s children and grandchildren, still sells a bell similar in design to my mother’s but also all kinds of modern, colorful versions. Don’t visit Capri without picking one up. You never know what kind of luck it might bring you, as well as the comfort that St. Michael is protecting you.

The Legend of St. Michael’s Bell

Once upon a time a little shepherd lived at Anacapri, and he was the poorest among the poor children of the place. His only welt were a small hut which he shared with his mother, who was a widow, and a tiny sheep which he used to pasture on the slopes of Mount Solaro.

One evening, as it was getting dark, the child lingered to pick up flowers and when he turned round to call the small sheep he could not see her anymore. He felt a pang of pain in his heart. What would happen now to him and to his mother? At that moment he thought he heard a distant and feeble ringing of bells and thinking that it could be the sound of the bell the tiny sheep wore about her neck, he rushed to that direction. His tiny bare feet fled carless of the pebbles, of the thistles and of the night already fallen….until he got to the edge of a raven.

Here a sudden flash of light stopped the poor boy, and wrapped up in a golden beaming light, splendid on his white horse, San Michele appeared to him.

“My boy”, said the Saint, taking off from his neck a small bell which hung down on his breast. “Take it and always follow the sound of it will keep you from all danger”.

The little shepherd, thrilled with emotion and joy took the precious gift to his mother and the small bell came out miraculously from his shabby jacket unwrapped in the green frame of a vivid quadriphullous.

Since then his life was filled with sweetness and happiness and everyone of his wishes was satisfied. On the spot of the apparition a villa was built which was called San Michele and the miraculous little bell, reproduced for you in a tiny amulet will be your talisman of luck and success.