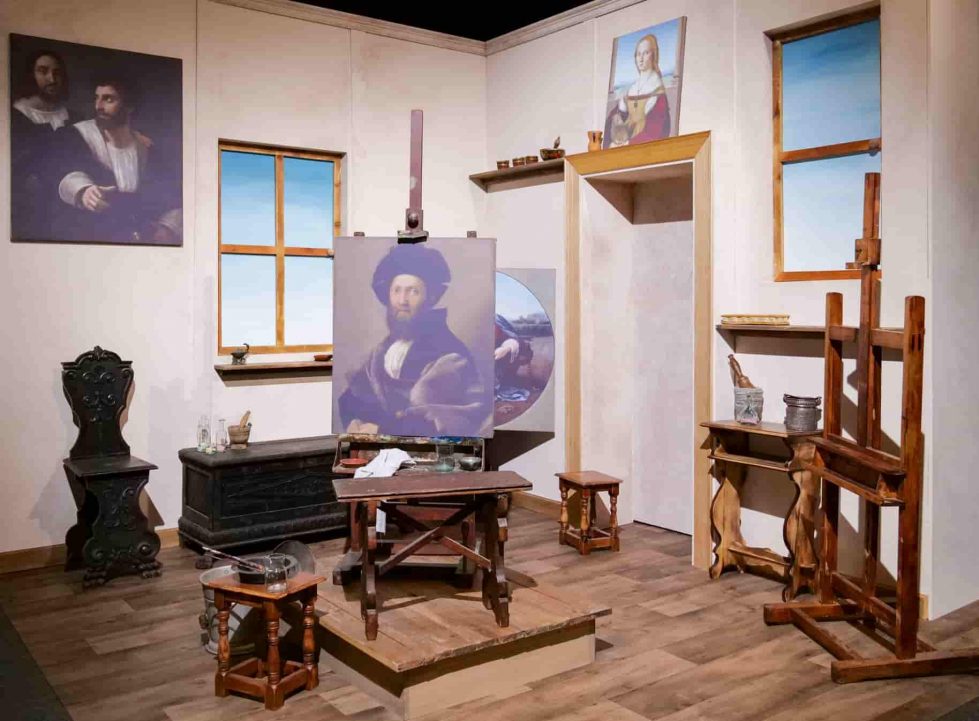 As one of the three most highly regarded, yet rival Renaissance artists – along with Michelangelo and Leonardo da Vinci – Raphael enjoyed success as a painter during his lifetime and even greater fame after his death. Just as with the 500th anniversary of Leonardo da Vinci’s death in 2019, Italy is celebrating the 500th anniversary of Raphael’s death in 2020 with gallery exhibits throughout Italy.

Born Raffaello Sanzio in 1483 in Urbino, a city in the Le Marche region, the painter produced a large volume of high-profile works in his 37 years. He joined painter Pietro Perugino’s workshop in Perugia as a child to work as Perugino’s assistant, and became a fully trained master artist in 1500. Though Raphael traveled throughout northern Italy as a young adult, his time spent in Florence influenced him significantly, as he learned techniques from studying da Vinci’s works there.

Raphael moved to Rome in 1508 at the behest of Pope Julius II to produce commissioned works for the Vatican, a lucrative time in his career that gained him recognition. Perhaps the most noteworthy of these works are the Raphael Rooms in the Vatican Museums, which he frescoed with scenes of war, nobility and philosophy, as seen in The School of Athens. He died in Rome on April 6, 1520, and was buried at the Pantheon after a grand, well-attended funeral.

Kicking off the anniversary celebrations is the Galleria Nazionale delle Marche (www.gallerianazionalemarche.it) in the artist’s hometown. On now until January 19, 2020, an exhibit titled Raphael and His Friends of Urbino will showcase 19 paintings and drawings by the artist, as well as 65 pieces by artists associated with him. On loan from major museums such as the Louvre in Paris, the British Museum in London and the Kunsthistoriche Museum in Vienna, Raphael paintings include the Madonna Conestabile, the Santa Caterina di Alessandria and the Portrait of Gentildonna.

Also in Milan is the Biblioteca Ambrosiana (Piazza Pio XI, 2; 39-02-806921; www.ambrosiana.it) which houses a newly restored cartoon drawing by Raphael that was the basis for the School of Athens fresco in the Vatican. The 9- by 26-foot charcoal drawing is the largest preserved cartoon from the Renaissance and had to be lowered into the gallery with a crane.

The biggest Raphael-themed show, though, will be in Rome at the Scuderie del Quirinale (www.scuderiequirinale.it) from March 5 to June 14, 2020. The Uffizi Gallery in Florence will lend a collection of works for the exhibit, including Raphael’s self-portrait, painted when he was in his twenties; portraits of Agnolo and Maddalena Doni; and the Madonna of the Goldfinch.

Click here for a guide to visiting the 10 most beautiful works of Raphael you can admire in Italy.