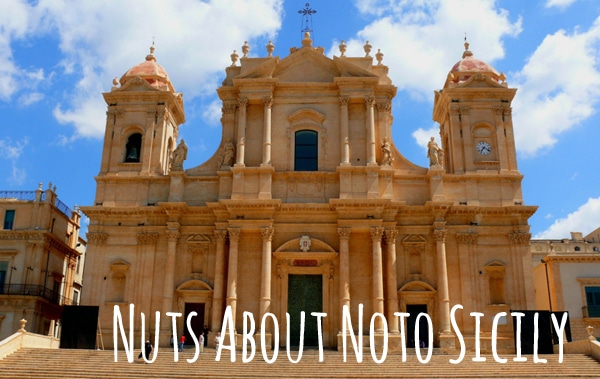 Ah Sicily! It would take a lifetime to see it all but may we suggest delving into the richness that is the southeastern corner – you’ve probably heard of Catania and Siracusa, but what about Noto? In our October issue, we explore the vineyards around Noto – where you feel like you’re in California but on the sea, where the limestone, ocean breezes and Nero d’Avola grapes produce wines that are taking their place on the world stage. You can even spend the night at some of these vineyards but while in the area do not miss the golden, Baroque city of Noto. Updated 2018.

See: All of Noto’s Baroque buildings are stunning but it is the city’s cathedral that stands out. La Chiesa Madre di San Nicolò was declared a UNESCO World Heritage Site in 2002. The structure was built in the Sicilian Baroque fashion, completed in 1776 and dedicated to St. Nicholas of Myra. The dome collapsed in 1996, as a result of the weakening from a 1990 earthquake, and was rebuilt 10 years ago. The interior is simple and white an houses the relics of Saint Corrado Confalonieri, the patron saint of Noto.

Stay: Location is everything and the most convenient place to stay in Noto is the three-star Hotel Porta Reale, just 300 feet from the cathedral on the city’s main street, Corso Vittorio Emanuele. The guest rooms are modern with all of the amenities but the true gem of this property is the rooftop terrace with views of Noto’s glistening gold skyline.

Eat: Want to know where to dine, ask a local of course. Renee Restivo, Noto resident and author of our feature story on the area’s vineyards, says head to Ristorante Crucifisso. Marco Baglieri is the restaurant’s celebrated young chef and the menu is heavy on seafood and Sicilian classics like macco di fave e piselli (bean soup), coniglio “Stimpirata” (roasted rabbit) and traditional ravioli. The wine list also gets rave reviews.

Drink and Explore: Renting a car and setting up a day or two of wine tastings is a fantastic way to dig into the local experience. Meet Valeria and Corrado at their boutique organic vineyard. Enjoy a flight of Sicilian wines at Planeta, one of the most noted producers in Sicily with vineyards throughout the island. Find out why a Tuscan set up shop here and his local production is now one of Wine Spectator’s highest scoring Sicilian reds. All of the details are in our cover story on Noto’s vineyards. (If you’re not a member, become a Dream of Italy member now to immediately access this issue.)