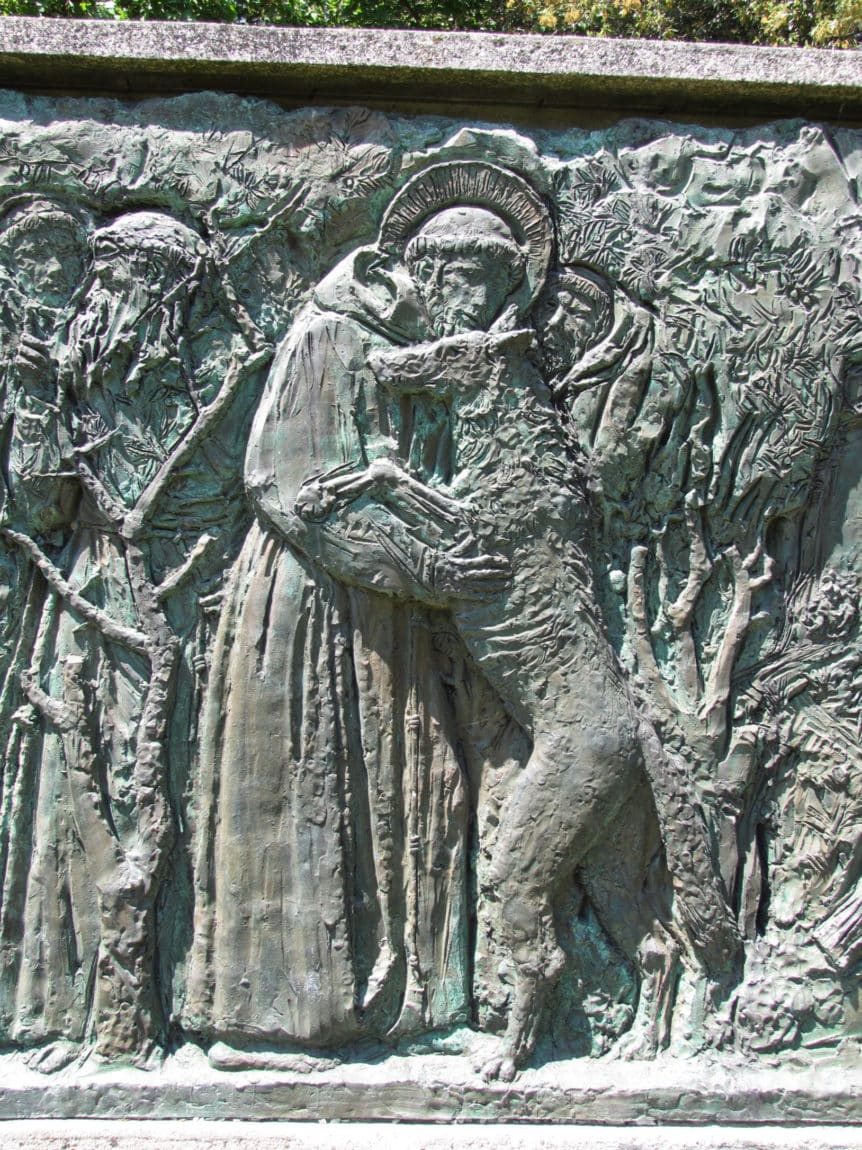 In honor of Halloween, our October 2016 issue features a story on seven of Italy’s spooky folklore figures including a wolf… (Updated 2018)

The town of Gubbio in Umbria was, according to legend, terrorized by a fearsome wolf — until it was tamed by St. Francis of Assisi. The wolf first attacked livestock, but soon began killing and maiming humans, until the famous saint had the idea to calm it. The animal rushed at St. Francis with arms outstretched and claws unsheathed, but as St. Francis prayed and made the sign of the cross, the wolf trotted up and put its head in the saint’s hands.

The prayer St. Francis made is famous, too, beginning “Brother Wolf,” and promising to make peace between the wolf and townspeople if the animal ceased to pursue them, and promising that the wolf would be fed every day. According to the story, the wolf was fed every day for the next two years until its death.

Whether or not the story is real or apocryphal, at Gubbio’s Church of Saint Francis of Peace, in 1872 during renovations, the centuries-old skeleton of a large wolf was discovered outside near the foundations. The people of Gubbio chose to give these remains a burial inside the church. As St. Francis wished, Brother Wolf of Gubbio rests in peace.