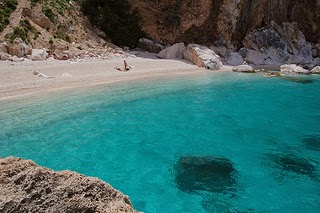 In our September issue, Dream of Italy features an in-depth article on the archaeological treasures of Sardinia. Here are five fun facts about this Italian island:

1. Sardinia is home one of the world’s first identified “blue zones” – an area where there are an unusual number of people who reach the age of 100. This blue zone comprises 17 white-washed villages in the Nuoro province where male centenarians, who primarily work as farmers or shepherds, are 10 times more prevalent than in the U.S.

2. Ever heard the phrase “sardonic grin”? Well it has its spooky origins in Sardinia where a plant used
in pre-Roman times to kill old people who had become a burden, produced a smile of sorts on the corpse’s face.

3. Asinara National Park, a 20 square mile island off the coast of Sardinia, is home to a colony of 250+ albino miniature donkeys.

4. Could Sardinia be the Lost City of Atlantis? Some scholars seem to think so. Italian journalist Sergio Frau floated the theory in a book and scholars recently met in Rome to discuss the theory.

5. If you see casu marzu on a menu in Sardinia, think twice about whether you are prepared to eat it. It is a cheese filled with live maggots. Ewww. But it is considered a potent aphrodisiac.