An event every year that begins at 12:00 am on of December, repeating indefinitely 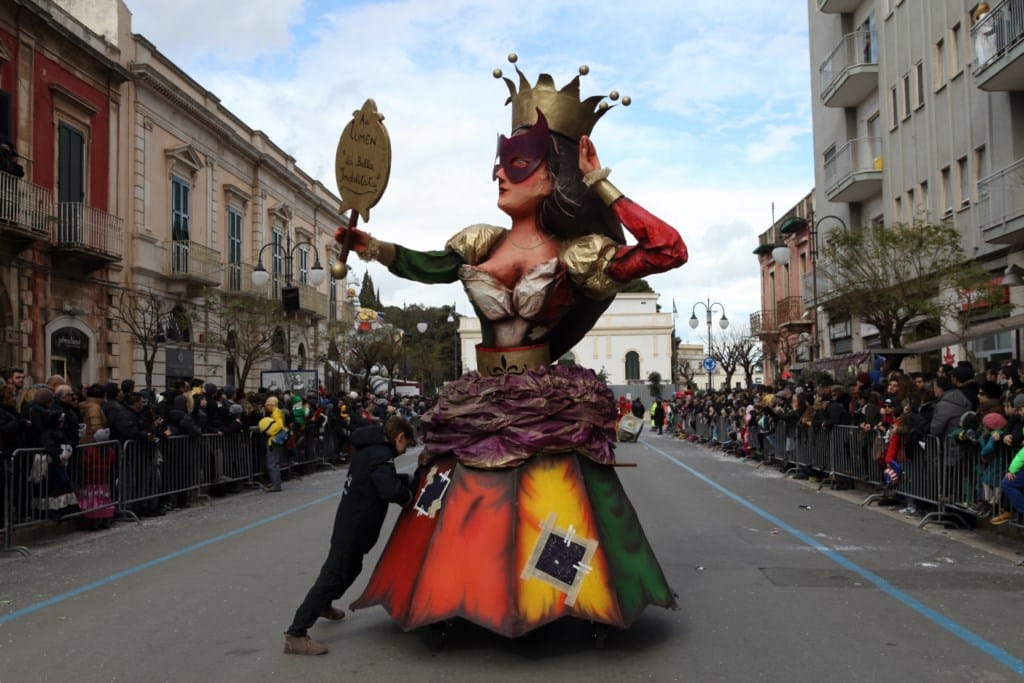 The Putignano Festival, in the region of Puglia, is believed to be the longest and one of the oldest carnivals in the world, with records dating back to December 26, 1394. It is considered the longest-running carnival because it begins on December 26th with the multi-centennial tradition of the <i>Propaggine</i> (where Saint Stefan Protomartyre’s Holy Relices are transferred from Monopoli to Putignano amid cavorting carnival-goers) and continues until Shrove Tuesday, then picks up again for a summer encore in July. The parade has gained interest in the past ten years, when enormous floats, satirical masks, and colorful masked groups further enlivened the event, turning the once medieval procession into a social and political demonstration, of sorts. Representing the carnival in full is the Farinella, a clownish character in a costume of multicolored patchwork topped off with a bell-tipped three-cornered hat and bell-encrusted shoes and collar.