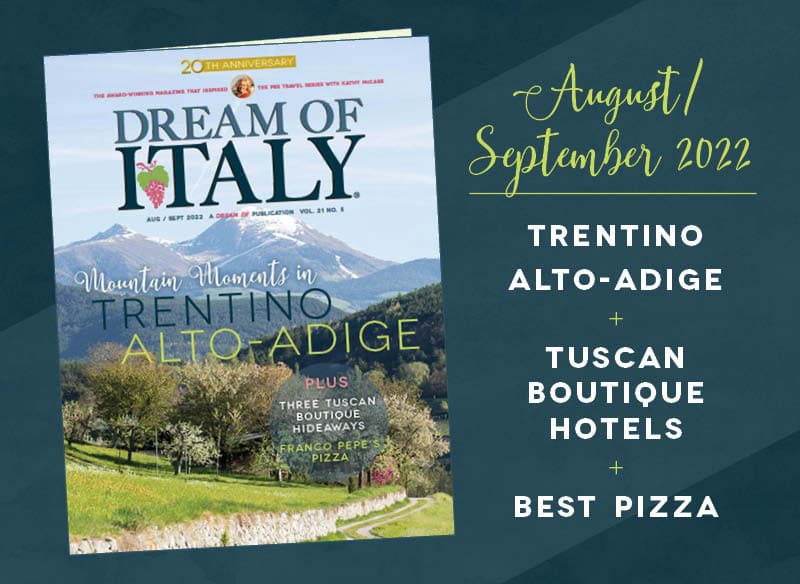 Mountain Moments in Trentino Alto-Adige/Südtirol
The Italian Republic was forged from numerous, often culturally diverse city-states and maritime republics that were once autonomous countries. Nowhere in Italy is that more evident than the still autonomous, often German and/or Ladin-speaking regions of Trentino-Alto Adige/Südtirol, the mountainous far north that was actually part of the Austro-Hungarian Empire as recently as 1919. We reveal nine special ways from the culinary to outdoors to experience this unique part of Italy.

Dream Day in Italy: Pizza Pilgrimage to Pepe in Grani
There is pizza. There is Neapolitan pizza. And then there is the pizza made by Franco Pepe in his small hometown of Caiazzo in the province of Caserta, some 30 miles from Naples. Every evening, dozens of pizza pilgrims from around the world, holding coveted reservations, line up to enter Pepe in Grani.

Three Tuscan Boutique Hideaways
Tuscany isn’t just one landscape or one experience but many and varied, layered one on top of the other. That’s true of Tuscan hospitality. We recently visited three places to stay that embody the very best of the Tuscan lifestyle:  a 12-room hideaway on a hill in wine country with some of the very best views in Italy,  a restored borgo with a sense of adventure, whimsy and community and a set of elegant, modern apartments in a quaint countryside setting that I am returning to for the SECOND time in two months!

Members only have immediate access to this new issue and nearly 190 back issues on every corner of Italy. Join now—and also receive exclusive Italy travel discounts!