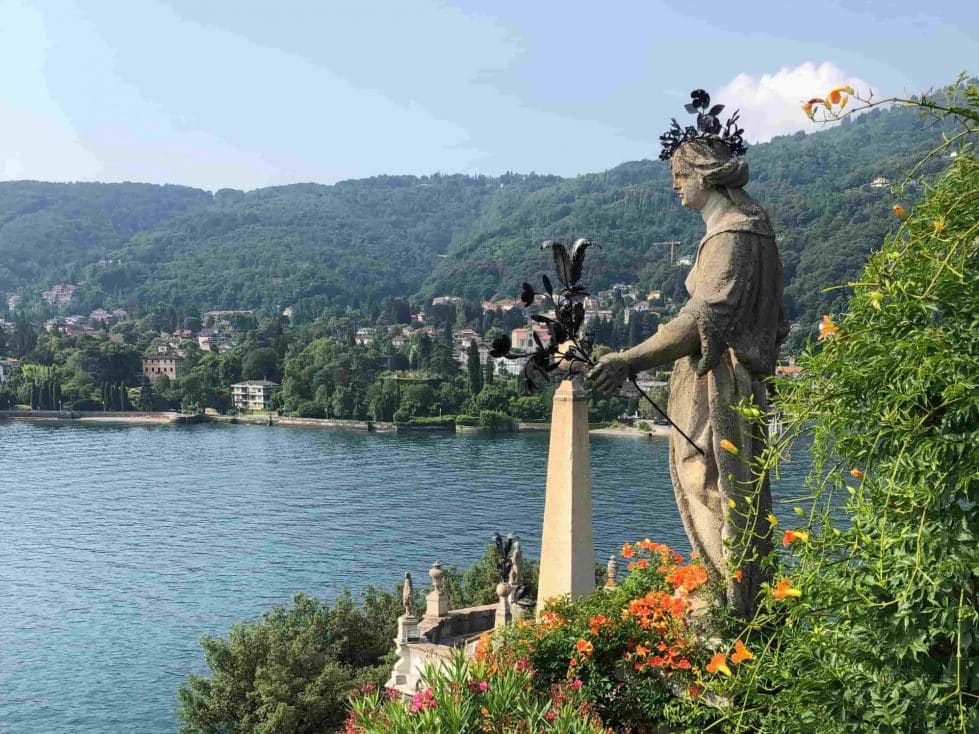 When I dream of Italy, I dream of Stresa. In 1969, the summer of Woodstock, my boyfriend and I hitchhiked around Europe, along with thousands of other backpacking American college kids. We stayed in sleazy, cheap hotels, got robbed while sleeping on a French beach, and fended off pickpockets in the Milan train station. Broke, weary, squabbling, we arbitrarily went to Stresa, a small resort town 45 minutes by train north of Milan on the west bank of Lago Maggiore. 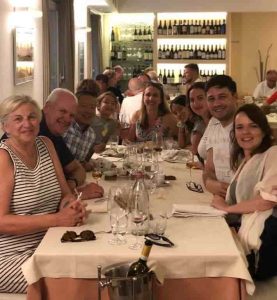 Three generations of family in Stresa

Stresa’s jewels are three islands in the middle of the lake: Isola Bella, Isola Madre, and Isola dei Pescatori. The 18th-century Palazzo Borromeo on Isola Bella was planned by Count Vitaliano Borromeo as a “palace of delights.” Isola Madre is Bella’s staid aunt,  with a relatively modest house and expansive gardens. Pescatori, a working fisherman’s island with a year round population of 25, has restaurants with local seafood caught daily in the lake.

Stresa’s physical beauty and historic sites are astonishing, but 50 years later these are the memories that still inhabit my dreams:  languid afternoons spent on the beach, the evening passeggiata on the wide promenade  (mandatory gelato in hand), a leisurely outdoor lunch on Pescatori eating frito misto, the brightest, whitest moon shining down on the lake, illuminating Isola Bella.

Yes, reader, I married him. In 1992 we returned, with three daughters in tow including our eldest, 14 and at the peak of eye-rolling adolescence. But Stresa, again, worked its magic and cast its spell on our skeptical teenager. On the ferry ride from Isola Bella to Stresa she said, “Some day I’ll have a daughter and name her Isabella.”

In 2019 we returned to Italy with our daughters, our son-in-law and our two granddaughters, Isabella, 12, and Alessandra, 8. (Yes, she named her eldest Isabella.) On our last afternoon on Lago Maggiore’s rocky beach, Isabella took a photo of the spot and said, “Someday, I’ll come back here.”
–Alice Powers