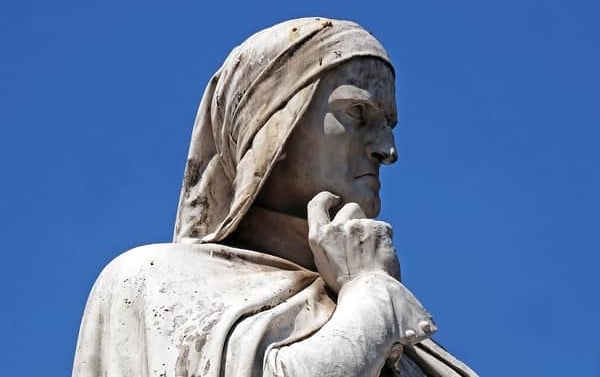 This article originally appeared in the March 2020 issue of Dream of Italy.

The Italian government has declared March 25 National Dante Day (Dantedì) to celebrate Dante Alighieri, the author of The Divine Comedy, an epic poem completed in 1320. The new holiday is in anticipation of the 700th anniversary of the poet’s death, which occurred in September 1321 in Ravenna.

Dante, a revered poet whose Divine Comedy is widely regarded as the best poem of the Middle Ages, was born around 1265 in Florence. His poetry influenced literature in Europe for centuries beyond his death. At a time when most poetry was written in Latin, Dante chose to write his verse in Italian dialects, earning him the nickname of “Father of the Italian Language.” He was exiled from Florence to Ravenna for political reasons, and it was during his time in exile that he wrote The Divine Comedy.

“Dante symbolizes many things that hold us together: He is the unity of the country, he is the Italian language, he is the very idea of Italy,” said Italian culture minister Dario Franceschini.

March 25 was chosen as the date because scholars believe that is the date on which Dante began the journey to Hell, Purgatory and Paradise in The Divine Comedy.  — Elaine Murphy

If you’d like to travel in Dante’s footsteps, members can use this article as a guide.