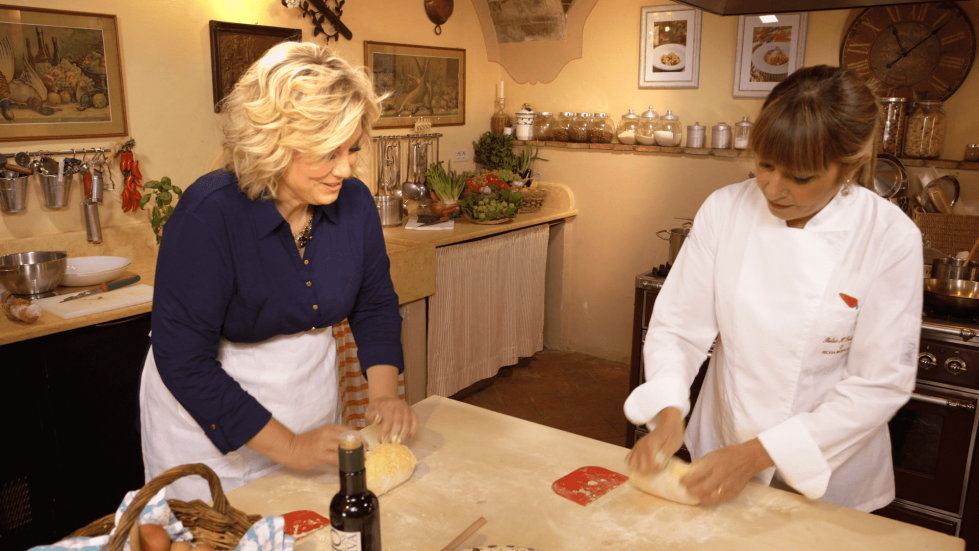 This article originally appeared in the August 2019 issue of Dream of Italy celebrating the town of Cortona which is featured in theDream of Italy: Tuscan Sun Special now airing on PBS stations and Create TV.  It is a continuation of the article People to Know in Cortona 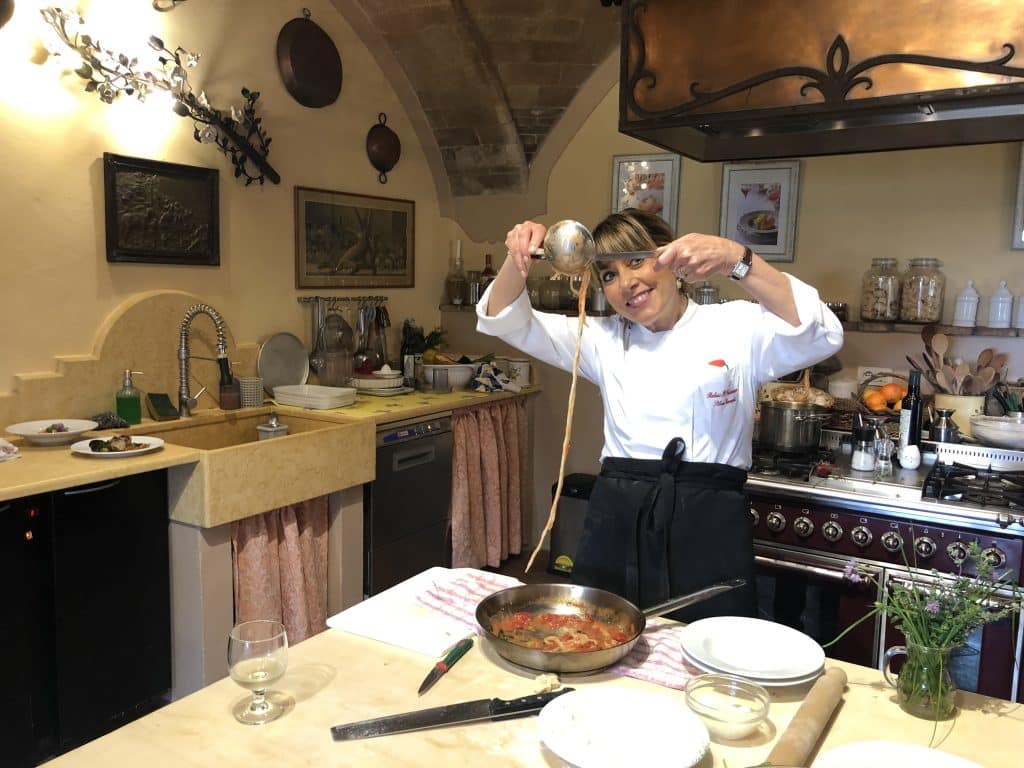 The Michelin-starred chef regularly holds cooking classes in a modest space designed to look like a home kitchen punctuated by a cherry red stove, copper pots and brick floor. Guests at Il Falconiere– the Relais & Chateaux hotel and restaurant she and her husband, Ricardo, own just outside Cortona – gather around a simple wooden table to watch and learn.

With the goal of transforming the way her students think about approaching food, Silvia focuses on dishes they could actually make for friends and family back home. Mounds of zucchini flowers are trimmed and stuffed with a mozzarella mixture. Dough is mixed and kneaded for hand-rolled pici pasta. Tomatoes and strawberries are stemmed and chopped, headed for pasta sauce and panna cotta, respectively.

During the class, a large brown Boxer strolls nonchalantly through the open door into what is clearly familiar territory. Giacco, the resident mascot, sniffs his way around the room before settling in the doorway for a nap.

Through it all, the world-class chef chats, in English and Italian, patiently helping students knead the pasta dough or master their chopping skills. Executive Chef Richard Titi works with Silvia, and they make the classes fun, quipping that wine will be served once the knives have been put away.

The cooking classes are only one element of the hospitality available at Il Falconiere – Ricardo’s family home – which is celebrating its 30thyear in 2019. The ancient limonaia that once housed lemon trees for the winter now houses the restaurant where Silvia offers up stunning interpretations of classic Tuscan dishes.

Outside the nearby chapel, there’s a sculpture of a falcon in flight – an homage to the namesake of the property. Adjacent to that is the spa, which uses products from Florence’s famed Santa Maria Novella, which now has a shop in Cortona in Piazza della Repubblica. 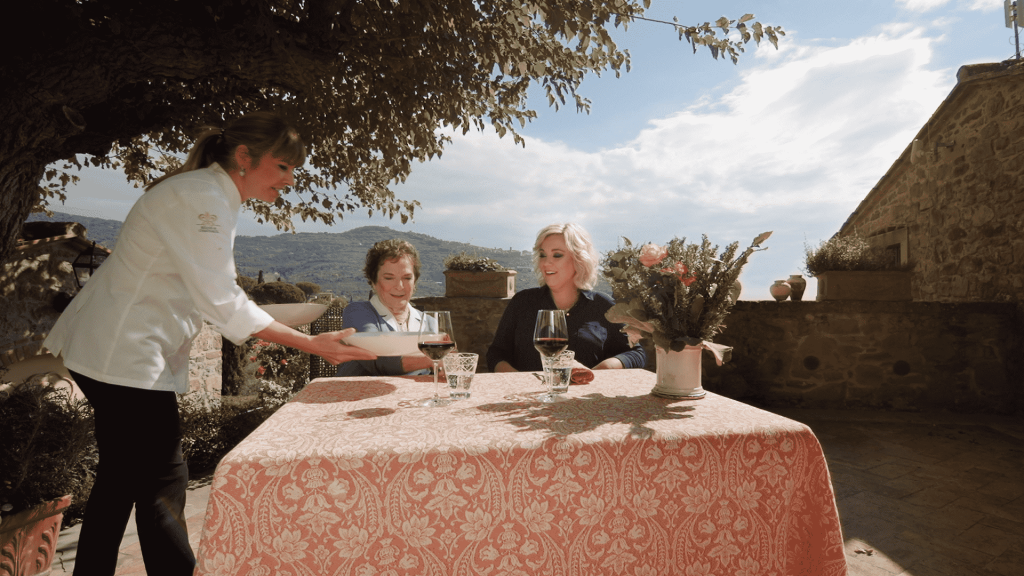 While Silvia oversees the kitchen, Ricardo and the couple’s son, Benedetto, have turned their attention to Baracchi Winery, continuing the family tradition of grape-growing that began in 1860. With 30 hectares of vineyards, they produce grapes that include the Syrah and Sangiovese typical for the region. The winery’s signature is the award-winning Brut Rosé, which has been named among the best sparkling wines in the world.

Those vines frame the property, which has a stunning view of nearby Cortona on the hillside as well as the valley below it. Walking along a pathway, Silvia points out virtually every bush or flower or tree along the way – from the basil to the rosemary to the elderberry – all of which are destined to find their way onto a plate.

When it comes to cooking, explains the chef, “The most important ingredient is your fantasy.”

To learn more about Silvia and the Baracchi properties, visit www.ilfalconiere.it