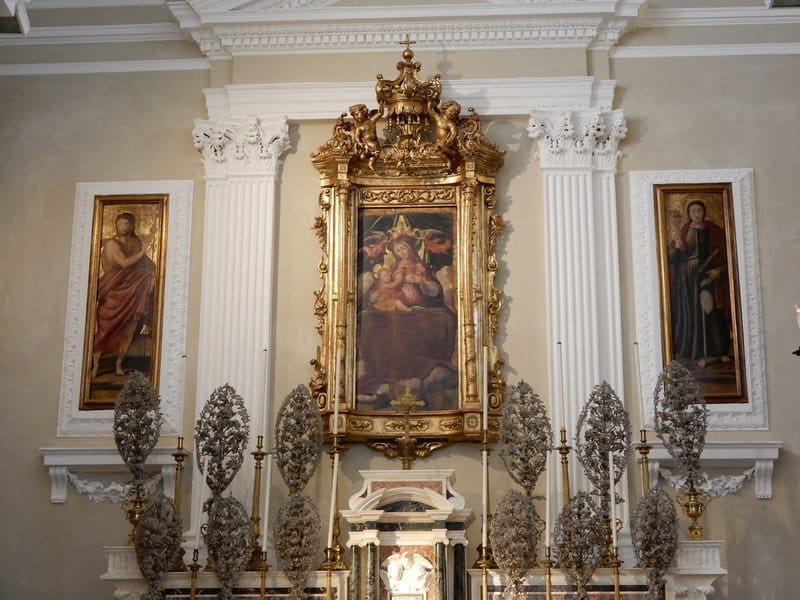 Castelvetere Sul Calore is a hidden gem of a town in the mountains of Irpinia in the southern region of Campania. It is the ancestral hometown of Dream of Italy host Kathy McCabe and was featured in an episode of the PBS series.  It’s home to about 1,000 people and is called “the terrace on the Irpinian landscape” thanks to its high position in the mountains granting breathtaking views of the Calore Valley and the many sprawling towns below. Home to four main churches, each different and significant in their own way, one of the most important in the town is the Church of Santa Maria delle Grazie at the base of the ancient part of the town, often referred to as the “Church of the Miracle.”

Successful crowdfunding efforts by the Committee of the Feast of the Madonna delle Grazie and collaboration with the Ufficio Beni Culturali dell’Arcidiocesi di Sant’Angelo dei Lombardi-Conza-Nusco-Bisaccia have succesfully saved some of Castelvetere Sul Calore’s most prized artworks. In the church of Santa Maria delle Grazie a tryptic of three 500-year-old paintings were restored depicting St. John the Evangelist, the Virgin Mary and Jesus and St. John the Baptist. 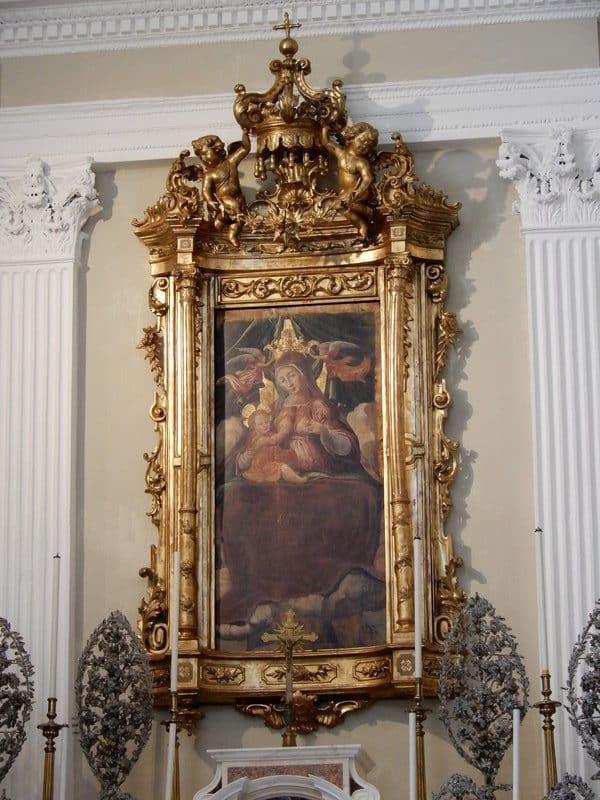 During restorative works, the team discovered that the clothing of the figures in the paintings had been repeatedly painted over in previous restorations while most of the gold details on the clothing and crowns of the figures remain original to the work. To restore the paintings to how they appeared in origin, an intensive process was undertaken by experts from the Ministry of Culture.

Many of the residents of the town are quick to point out how different the paintings look in respect to what they saw for most of their lives hanging behind the altar. Some have even expressed concern that the final painting has changed too much.

“It’s not that I don’t appreciate the restoration, but it looks different than it has for the past 50 years of my life, and it will take some getting used to,” says one life-long resident who is particularly devoted to the Madonna delle Grazie. The image is of great significance to people in the town and despite some grumbling at the changes, they are proud the Ministry of Culture recognized the beauty and significance of the paintings and helped ensure they will be available for generations to come.

The three panels, particularly the central panel of the Madonna, have a deep importance to the people of the town which celebrates the feast of the Madonna on two occasions during the year- April 28 and July 2. The sentimental value of the paintings is matched only by the historical and religious significance of these glorious works of art.. —Danielle Abbazia