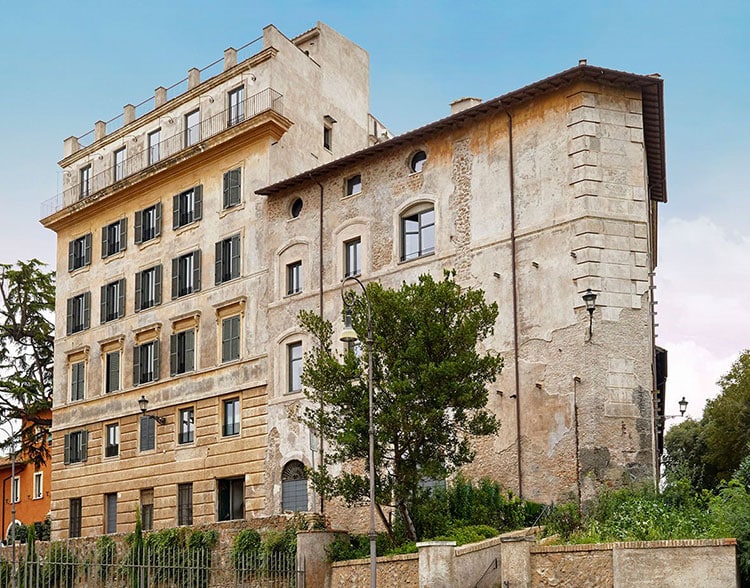 A combination art gallery–apartment building, Palazzo Rhinoceros,  is the newest cultural hot spot in Rome, designed by Fondazione Alda Fendi—Esperimenti. The organization, which is fashion designer and heiress Alda Fendi’s latest philanthropic project, aims to promote art and culture in the city.

Alongside the gallery are 24 apartments designed by Jean Nouvel, a French architect, and Kike Sarasola, a Spanish entrepreneur. On the fifth and sixth floors, adjacent to the art gallery and performance space, is a Caviar Kaspia Roma, a spinoff of a Paris-based restaurant of the same name that serves Russian-Italian fusion cuisine.

“Our space is not like other art spaces in Rome: we want to do something counter-culture in our palazzo, to give freedom to art and to take inspiration from the culture of the street,” Alda Fendi told Forbes. 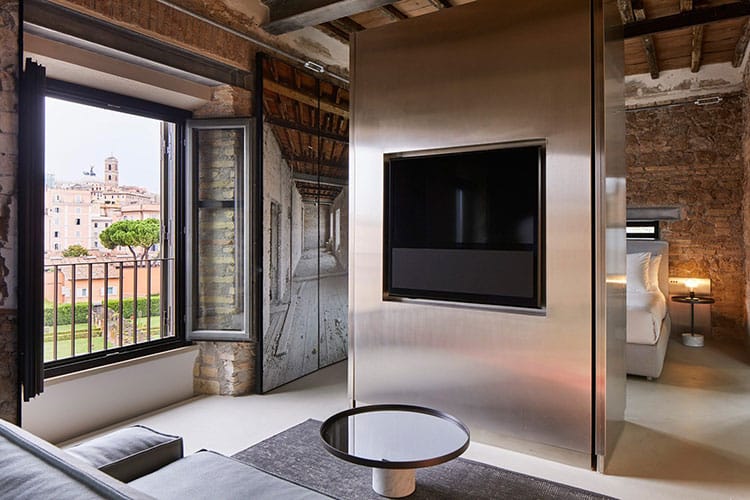 Both the artistic and residential spaces are housed together in the restored 17th-century Palazzo Rhinoceros, which Fendi purchased in 2012. Fendi has installed a whimsical, life-size rhino sculpture made of resin outside the building as a landmark, next to the 4th-century Arch of Janus and at the foot of Palatine Hill.

Rooms in the six-story building juxtapose modern furnishings and décor with Roman antiquity, and are equipped with a bedroom, living room, and kitchenette. But though the palace has been restored, its history and character hasn’t been erased: Instead of giving the space a full makeover, Nouvel left the aging walls as is, with their chipped paint and patchy plaster.

Fendi says Nouvel “knew how to honor Rome and respect the palace; he left the pre-existing structures in place, from the tiles in the bedrooms to the paintings on the wall.”

Guests can stay at the apartments for between three days and three months to fully immerse themselves in Rome’s art and culture. All exhibits at the Palazzo Rhinoceros are free to the public. — Elaine Murphy