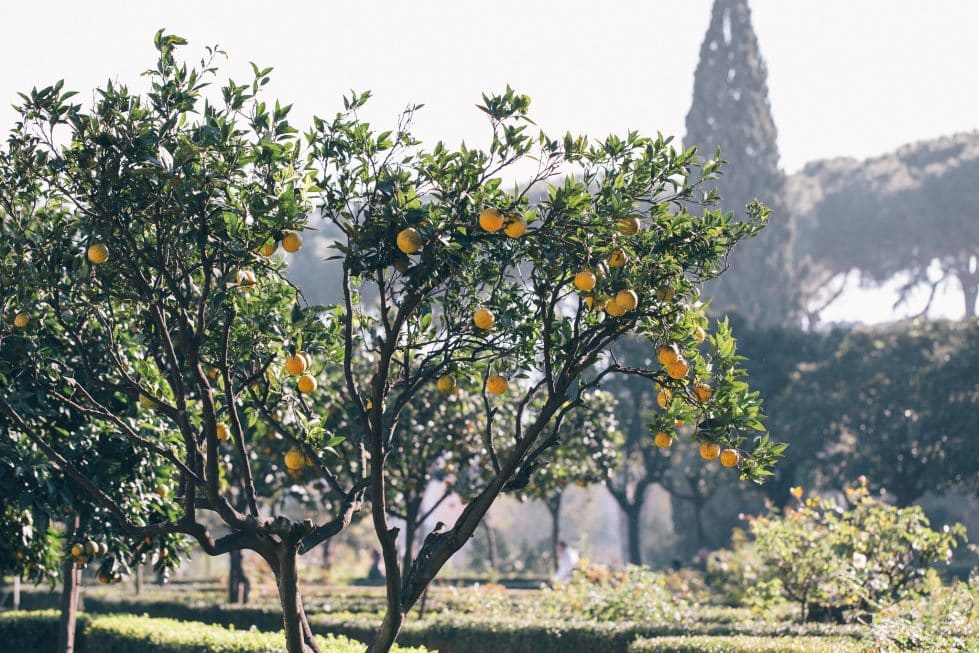 This article originally appeared in the April 2019 issue of Dream of Italy.

Money may not grow on trees, but in Italy’s capital, opportunity surely does.

If you have ever visited Rome and strolled down its tree-lined streets, you will have seen branches heavy with bitter oranges hanging over city sidewalks and property railings. I’ve often wondered if this fruit was edible and if there was a way to utilize it as a means other than food for the birds of the city that peck and knock the fruits to the ground.

For the past four years, cook, food stylist, and writer Alice Adams, an Australian expat, has found a way to use the urban-grown oranges of Rome in a sustainable project called Neighborhood Oranges. She was inspired by a similar project by Frutta Urbana which collects fruits from public parks and gardens around Italy’s cities, maps the harvest sites, and gives the fruits to non-profits, farmers’ markets, and organizations that help needy people around Italy.

In collaboration with SPRAR (Sistema di Protezione per Richiedenti Asilo e Rifiugiati) Immigration Network in Rome, refugees and immigrants could partake in the project and learn to transform the collected fruits into marmalade and other sellable products.

When Alice first started Neighborhood Oranges at her Latteria Studio in the Monteverde neighborhood of Rome,  she worked alongside two Nigerian immigrants named James and Ruben. James later got a job and Ruben started studying, so Alice decided to expand her team. She reached out to two women named Joy and Pamela, two African immigrant women who were working odd-jobs, like sweeping the streets, around the neighborhood. These women have been in Italy for about three years, and Alice calls them “fantastic; young, enthusiastic, full of initiative.” 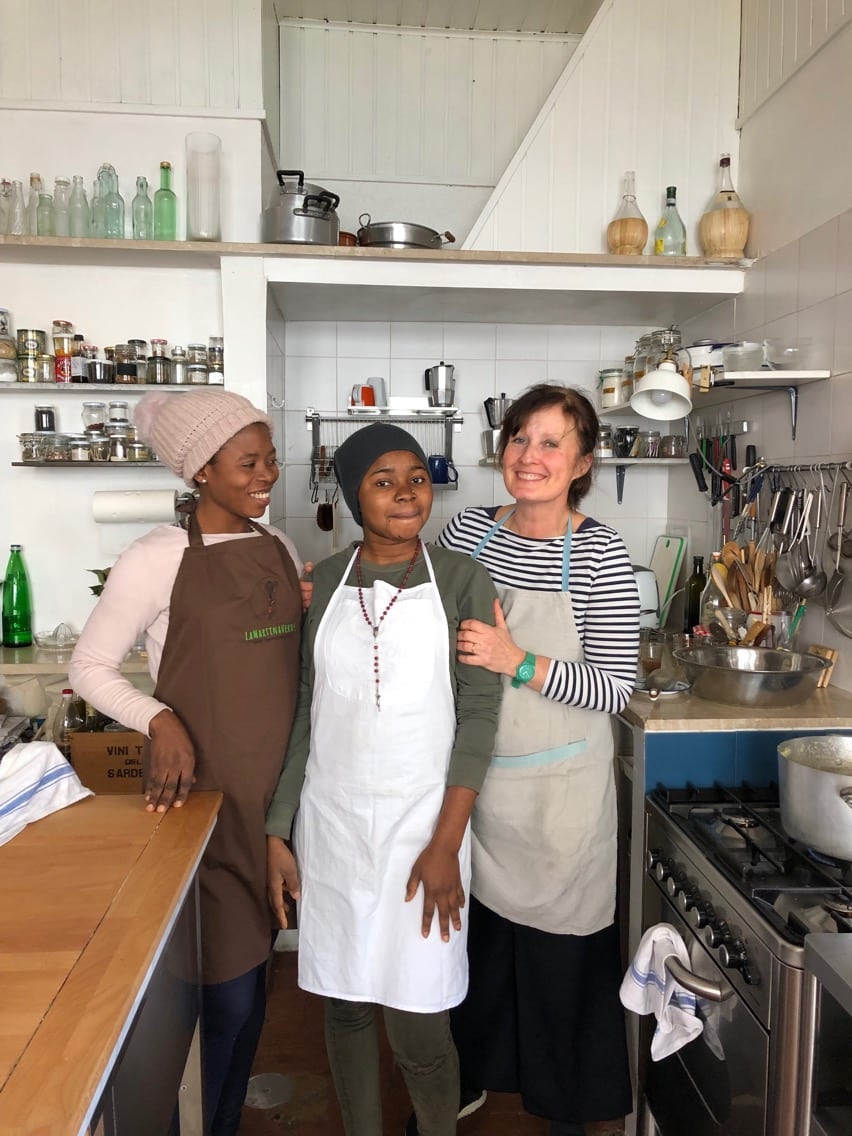 With Alice, Joy and Pamela collect the oranges from around the city or are given them by friends. They transform the Roman fruits into a Scottish-style marmalade called “bitter orange marmalade.” Usually, the marmalade is made two to three times a month in the winter, less in the summertime when the orange supply is lower.

Alice is hopeful that in the future these women will be able to find work easily in Rome and that they can put their exponentially improving Italian language skills, their newfound knowledge on the ins and outs of running a productive business, and their prowess in making marmalades to good use, perhaps working in a kitchen or in a bakery in Rome.

In Alice’s kitchen at Latteria Studio (see the November 2018 article about cooking lessons) the ladies turn the city oranges into a delicious spread. The studio not only provides a beautiful space to learn and work, but it funds the jars and the label printing for the project. The motto of the project is “start small, think big” and these ladies are doing just that.

As a city dweller constantly hearing warnings of bad air quality on the news, I wondered- is it safe to eat the oranges that grow on the busy, traffic-filled streets of Rome? Luckily, the orange trees don’t absorb any of the city smog or pollution. When the oranges are washed and analyzed, they result in tests as organic!

The Neighborhood Oranges project currently sells their marmalade by word-of-mouth to friends, to families at Roman schools and to a handful of GAS (Gruppi di acquisto solidale) groups to whom the jars are sold in bulk. The jars are 330 grams each and cost 4.50€. If you order five or more jars, they each cost only 4€. For anyone visiting Rome, do not hesitate to contact Alice to find a time where you can pass by the studio to get a few jars of your own. Email her at alicekiandra.adams@gmail.com