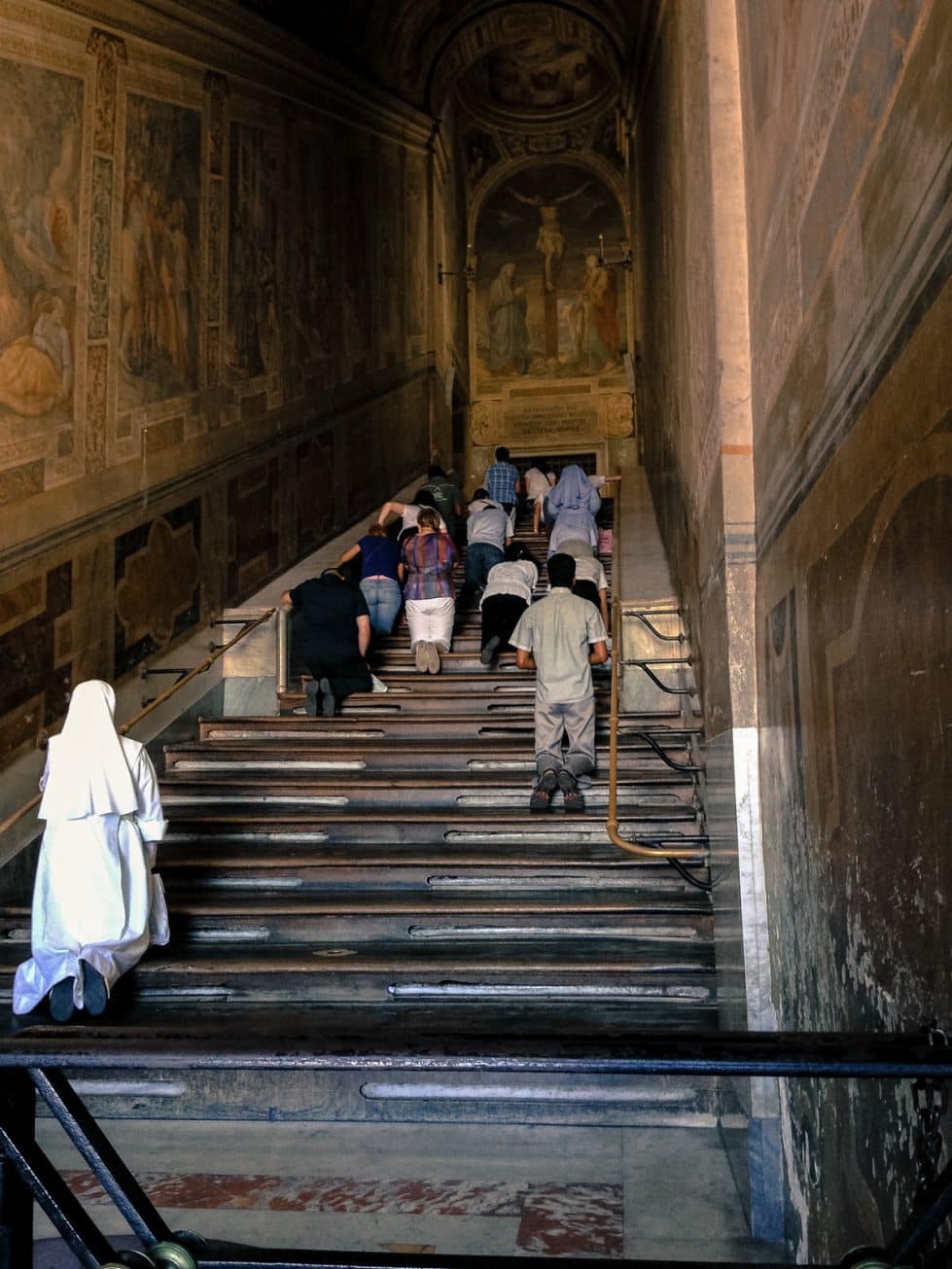 It’s been 300 years since the marble stairs of the Scala Sancta, or “Holy Stairs” were exposed to the public. Thanks to a recent restoration funded by the charity Patrons of the Arts in the Vatican Museums, visitors to the Holy Stairs, which sit diagonal from Rome’s Archbasilica of St John Lateran, will have a rare opportunity this Easter season to climb the marble staircase on their hands and knees and touch the steps Jesus is believed to have climbed on his way to be sentenced by Pontius Pilate.

These stairs are said to have been brought from Jerusalem to Rome in the fourth century from their original post. Credit for this daunting transportation is given to Helena, the mother of Constantine, the first Christian emperor. Given their significance in the life of Jesus, the stairs are one of the most visited sites by pilgrims who make the trip to Rome. Proving this point, the marble is visibly worn from the passing of millions of visitors’ knees.

For nearly 300 years, the staircase was covered in wooden planks as to protect the marble from the passage of millions of pilgrims who come to climb them to gain indulgences. Upon removing the boards, many particular discoveries were made of notes, photographs and coins left behind by hopeful pilgrims who prayed while climbing the steps for cures for illness or help through difficult times.

Those who climb the staircase can see three crosses which mark spots on the marble stairs where Jesus’ blood is said to have fallen. It’s said that on the eleventh step, Jesus fell and broke the marble with his knee, leaving drops of blood behind. Often pilgrims kiss these crosses as they make their way to the top of the stairs and into the Sancta Sanctorum or “Holy of Holies” chapel at the top.

If climbing the 28 stairs on your knees is not feasible, it’s still possible to reach the magnificent chapel at the top of the stairs by taking an alternative staircase to the side of the Holy Stairs. A visit is not complete without taking time to admire the beautiful frescoes and paintings, some of which newly restored, that decorate nearly every wall and ceiling space of the building.

The marble stairs will be uncovered until June 9 at which time the wooden planks will be replaced as protection.