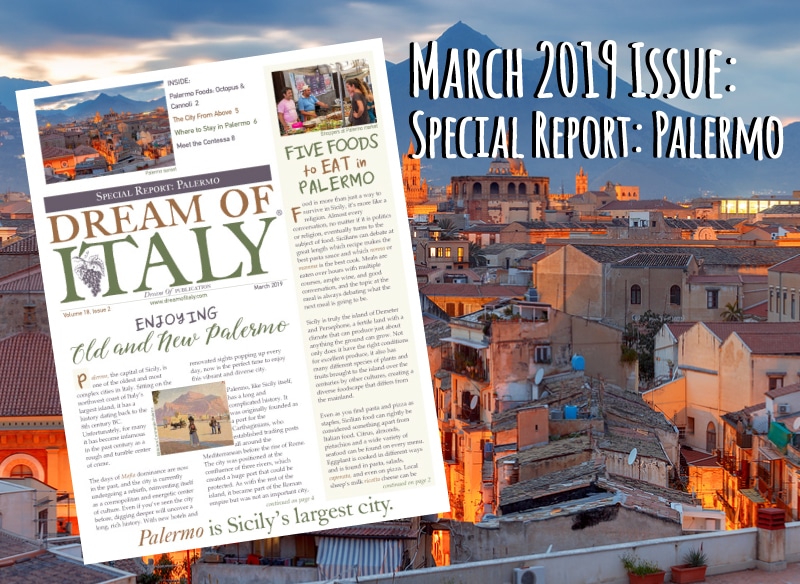 Our writer and guest editor for this Special Report is Sarah Murdoch, a tour guide, travel writer, artist, former architect and packing expert. She has worked for Rick Steves for 19 years as a tour guide and guidebook researcher, recently coauthoring Rick Steves’ Sicily along with colleague Alfio Di Mauro (who helped with these articles). .

Enjoying Old and New Palermo
Palermo has a long and complicated history reaching back to before the rise of Rome. The city has been under control of the Arabs, Normans, Germans, French and Spanish forces over the centuries and has a heavy North African influence on the palermitano architecture, food and culture. Today the city is ever-changing, but will remain forever one-of-a-kind.

Five Foods to Eat in Palermo
Food in Sicily is treated like a religion and can spark the fiercest of debates. You’ll want to taste everything from fresh-boiled octopus to ricotta–filled cannoli in Palermo. Sarah, shares her top five must-try foods when visiting Sicily’s largest city.

Perfect Places to Stay in Palermo
The architecture of Palermo is as diverse as its beautiful hotels. Sarah shares her tips on the best spots to rest your head in and around the city of Palermo.

A Moment with the Contessa
A race car driver and an Austrian opera singer, champion swimmer and teacher are the couple better known as Conte and Contessa Federico. With their two sons, they are the legacy of one of Palermo’s historic families. Sarah gets us the inside scoop on what life is like for them inside their home, which is a national monument, in the heart of today’s Palermo.

Members only have immediate access to this issue and nearly 190 back issues on every corner of Italy.  Join now – and also receive exclusive Italy travel discounts!