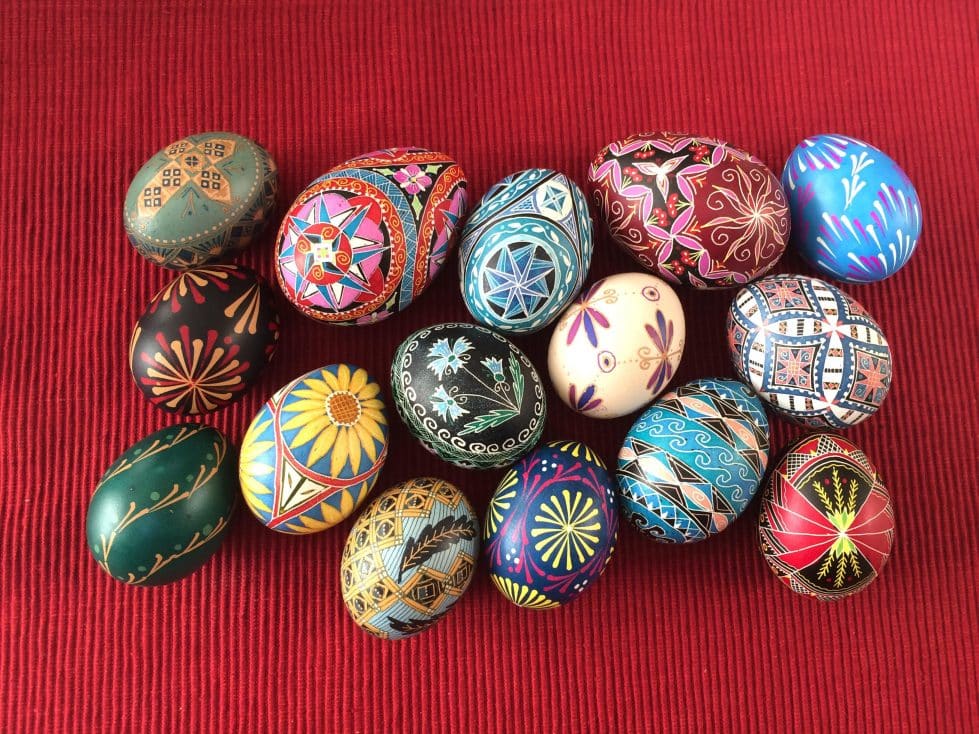 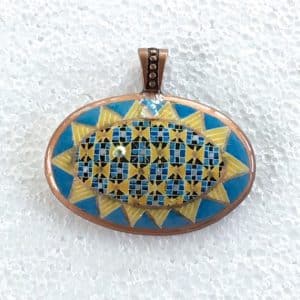 Our season 2 PBS series sponsor Pysanky by Basia supports the exploration and celebration of cultures worldwide, including founder Basia Andrusko’s native Ukrainian culture. Basia learned and fell in love with the tradition of writing Pysanky Ukrainian Easter eggs at an early age and has recently grown it into other, less traditional forms. She now not only creates decorative eggs but stunning jewelry using these same traditional techniques.

Pysanka Jewelry is created by writing designs on eggshells in the age-old method of pysanky, with wax and dyes.  Designs are borrowed from pysanky, jewelry or other patterns, and written on a variety of shells, including ostrich, goose, rhea, emu and mute swan.  After the wax is melted off, the shells are rough-cut into their appropriate shapes, and coated with  a 2-part Environmentally Safe EcoPoxy.   The shells are then hand-shaped and smoothed into their final form.  Some are embellished with Swarowski crystals, pearls, metallic accents, tassels and braids.