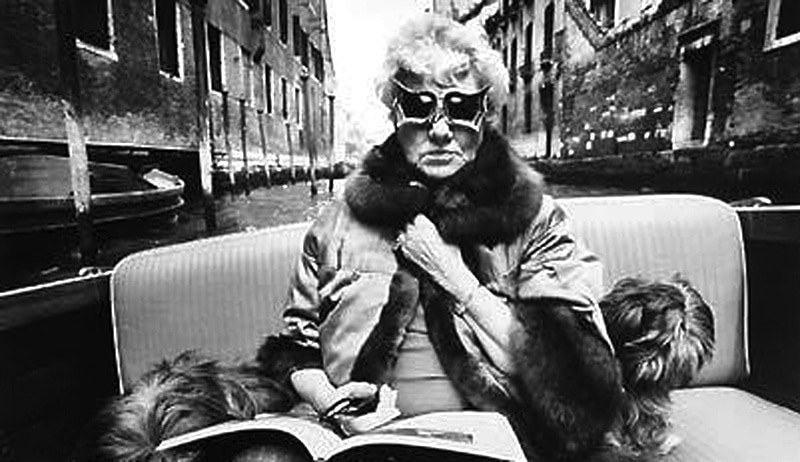 In 2019, to mark 40 years since the death of its namesake, the Peggy Guggenheim Collection in Venice will focus on Guggenheim’s legacy, with several special contemporary art exhibits. Peggy Guggenheim (1898-1979), an American art collector and socialite, amassed the bulk of her collection between 1938 and 1946.

She was born into the illustrious Guggenheim family: Her uncle was Solomon R. Guggenheim, founder of the famed eponymous museum in New York. Her father, Benjamin Guggenheim, died in the sinking of the Titanic in 1912.

Peggy arrived in Venice in 1948 carrying a collection of art that hadn’t been presented in public before, which she displayed at that year’s Venice Biennale. She spent the rest of her life in Venice, and began showing her art collection to the public in 1951 in the 18th-century Palazzo Venier dei Leoni, the same building that houses the present-day museum. As a collector, she often took risks in her art purchases, focusing on the talent of the artist rather than popularity.

“Peggy lived here for 30 years, and her influence was significant. She was the one who chose to remain and to generously open up her collection to the city,” Peggy Guggenheim’s granddaughter, Karole Vail, told ANSA.

On May 25, 2018, an exhibit commemorating the 1948 Biennale and Peggy’s arrival in Venice will open, including paintings that have since left Venice. Included in the collection are paintings by French painter Jean Hélion and German painter Friedrich Vordemberge-Gildewart, now housed at the Museum of Tel Aviv.

“This will be a chance to deepen awareness and heighten visibility of her collection,” said Vail.

In 2019, the museum will host several exhibits and initiatives, including displaying a wider range of works collected by Peggy until 1945 and a collection of paintings donated to the museum in 2012. She purchased one painting every day for some time, including Cubist, Surrealist, and Abstract paintings, as well as pieces by Romanian artist Constantin Brancusi and Italian painter Giorgio de Chirico.

This summer, the museum will host an exhibit on Jean Arp, a German-French artist whose works were the first to be part of Peggy’s collection. Later in 2019, another exhibit will focus on the part of her collection acquired after her move to Venice, including kinetic art and works by Italian painters Emilio Vedova and Giuseppe Santomaso.