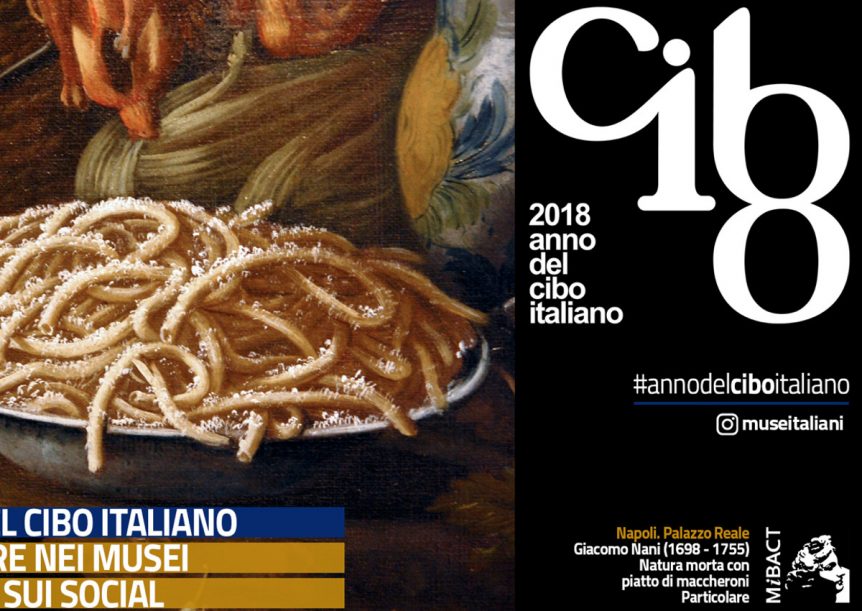 Italy’s Ministries of Culture and Agriculture have designated 2018 as the Year of Italian Food around the world, and are hosting special events to celebrate. Culture Minister Dario Franceschini says the project is an opportunity to “make a big investment on the image of our country in the world.”

First up is a social media campaign focused on classic Italian dishes as represented through art, using the hashtag #annodelciboitaliano. On its Instagram account, Musei Italiani (@museitaliani), is highlighting 50 paintings and sculptures depicting food to encourage people to visit Italy’s more than 420 museums, cultural monuments, and parks, and snap and share images of artwork with a food theme – such as The Last Supper by Leonardo Da Vinci and the frescoes at Pompeii.

This connection between food, art and landscape will be part of a campaign to emphasize the importance of Italy’s culinary identity and promote tourism through national tourism agency ENIT and Italian embassies worldwide. Italy will also encourage visitors to spend time in rural areas, reduce food waste, and buy local products.

Events supporting the role of food and wine in Italian society will include cuisines such as Neapolitan pizza, Parma’s gastronomy and a wine-grape-producing vine that has been growing on the island of Pantelleria for centuries and has received UNESCO recognition.

Italy will promote the regions that are home to Prosecco wine and pasta Amatriciana, both of which have submitted UNESCO candidacy. Events will also highlight the Mediterranean diet, which is already on the UNESCO intangible cultural heritage list, and the UNESCO World Heritage-recognized hilly, wine-producing regions of Langhe, Roero and Monferrato.

Agriculture Minister Maurizio Martina said, “We have a unique heritage worldwide which, thanks to the year dedicated to food, we will be able to promote even more. It’s not only a matter of stressing the economic success of this sector, which in 2017 reached record exports worth 40 billion euros, but also of stressing the deep connection between food, land and cultural identity.”

Martina plans to accomplish this through a project on food districts, focusing on farmers, fishermen and chefs.  — Elaine Murphy