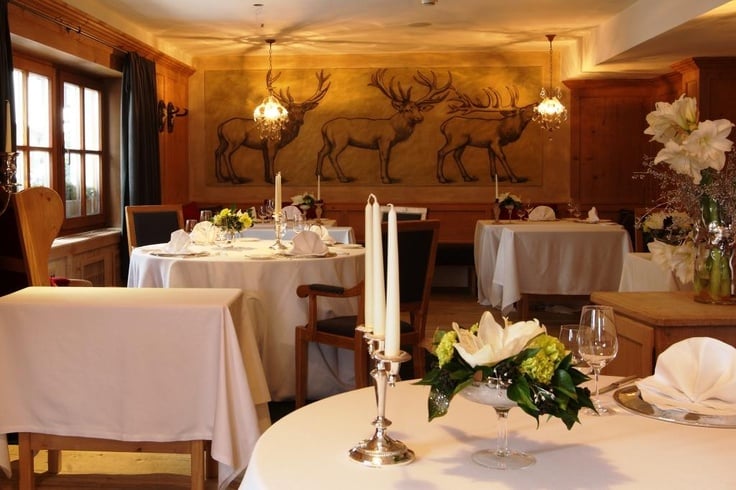 A mountainside restaurant in northern Italy has become the first Italian restaurant to earn the coveted three-star Michelin rating since 2014. Named after the patron saint of hunters, St. Hubertus was founded in 1996 in the pizzeria of the Rosa Alpina Hotel and Spa. Chef Norbert Niederkofler, a native of South Tyrol, transformed it into a gourmet restaurant; it received its first Michelin star in 2000, and a second in 2007.

Niederkofler sources all ingredients locally, including 450 types of vegetables, and his “cook the mountain” culinary philosophy leads the locavore to use foraged ingredients and flavors native to the region. Sample dishes on the menu at the 11-table restaurant include eel with chamomile and calf tripe with mountain milk and herbs.

The world-class restaurant is also in a first-rate locale. The ski resort town of San Cassiano sits at the foot of the Dolomite Mountains, and the views of the mountain’s craggy peaks and alpine landscape are picturesque year-round.

The 2018 version of the Michelin restaurant guide gives 356 Italian restaurants one or more stars: nine have three stars, 41 have two stars, and 306 have one star. St. Hubertus is the only new three-star restaurant this year, but it’s in good company alongside other three-star restaurants such as Modena’s Osteria Francescana, Rome’s La Pergola and Florence’s Enoteca Pinchiorri. — Elaine Murphy