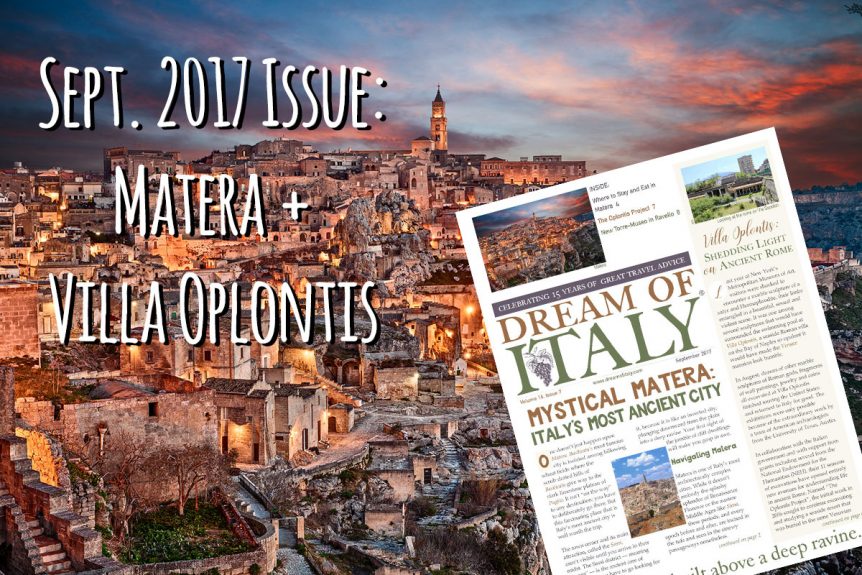 Mystical Matera: Italy’s Most Ancient City
One doesn’t just happen upon Matera. Basilicata’s most famous city is isolated among billowing wheat fields where the scrub-dotted hills of Basilicata give way to the stark limestone plateau of Puglia. It isn’t “on the way” to any destination; you have to deliberately go there. But this city of Sassi is well worth the trip.

The Details: Matera
Ever wanted to stay in a cave? One with all of the modern amenities. Well, Matera is the place to do it. We tell you where to stay (whether it is a cave or not), where to eat and how to see Matera – with a private tour guide, by bike or by Ape (those delightful 3-wheeled vehicles).

Villa Oplontis: Shedding Light On Ancient Rome
While Pompeii is rightfully one of Italy’s most popular destinations for tourists, a trip to Villa Oplontis is a microcosm of the ancient city in one easily walkable site that can be fully enjoyed in a three-hour visit. It is also often completely empty of tourists.

New Torre-Museo in Ravello
The highest viewpoint in the historic center of Ravello on the Amalfi Coast, has only ever been enjoyed by a select few. That is, until earlier this year when the tower was reopened to the public as the Torre-Museo.

Members only have immediate access to this issue and nearly 190 back issues on every corner of Italy. Join now – and also receive exclusive Italy travel discounts!