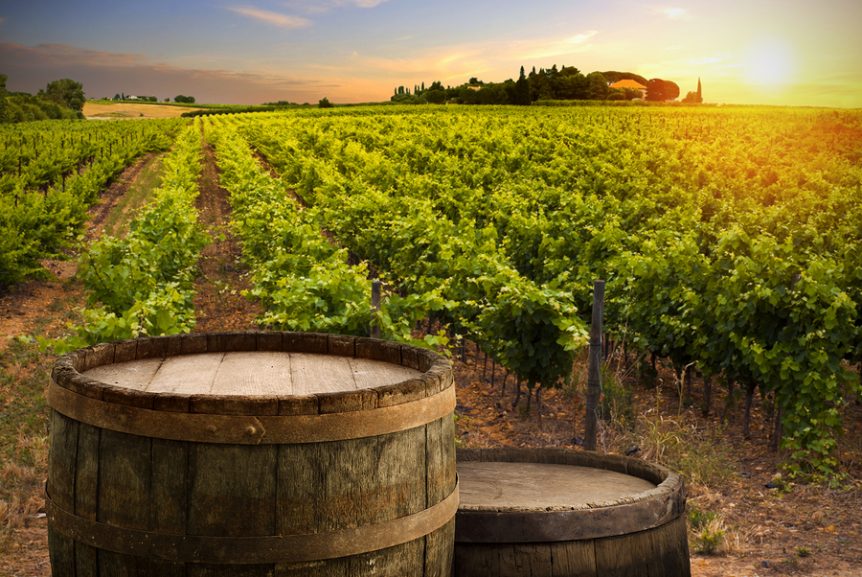 This summer’s Italian heat wave which weather forecasters appropriately nicknamed Lucifero,  had Italy scorching with temperatures above 100 degrees for weeks and is now impacting the beloved wine grape harvest. The excessive heat and drought, coupled with spring frost and severe hailstorms, have caused grape farmers to start harvesting seven to 10 days earlier than in 2016, the earliest the harvest has begun in Italy in a decade. The resulting bounty is also smaller.

“The high temperatures have created a drastic decline in production of about 10 to 15 percent,” Simone Frusca, a spokesperson for Italy’s agriculture lobby, told CBS News. This is expected to be the smallest harvest in 60 years, according to Decanter.

The harvest began on August 4 in Franciacorta, in the Lombardy region of northern Italy, which produces Pinot Noir, Chardonnay and Pinot Blanc grapes for its sparkling wines. As these varietals are usually among the first to be harvested, Franciacorta’s harvest is used as a bellwether for the rest of the Italian peninsula. Grapes in regions that produce more robust red wines, such as Valpolicella, are harvested later.

“The intensity of the heat and lack of water means the vines have almost gone into survival mode with a delayed maturation occurring,” Manfred Ing, winemaker at Tuscany’s Querciabella estate, told Phys.org.

Italy’s wine production is the highest in the world; last year, the country produced about 1.5 billion gallons of wine – $12 billion worth – and employed 1.5 million people. However, Italy is still expected to surpass its wine production rival France, which is ranked second, due to weather conditions in France. Italian farmers’ association Coldiretti told ANSA that much of the harvest is still dependent on weather in August and September.

Winemakers are optimistic about the quality of the production, even if the yield will be lower. The heat has stopped disease and fungus from spreading to the grapes, and in some areas, rainy weather followed by the heat wave led to more concentrated sugar levels in the grapes.

Further, “With the technology [wineries] have now for wine-making and cooling down grapes, when they make wine and things like that, it’s a lot easier to manipulate… and not suffer a bad harvest,” Roger Brown of U.K. retailer Majestic Wines told CBS News. – Elaine Murphy