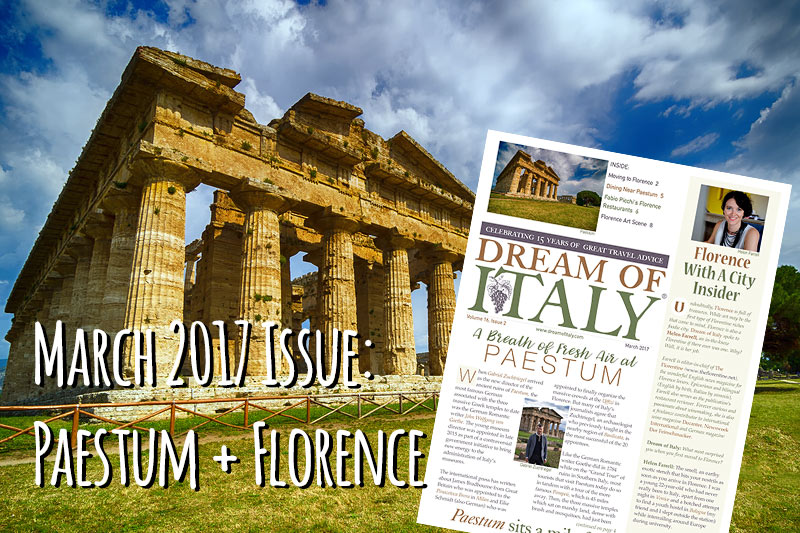 A Breath of Fresh Air at Paestum
When Gabriel Zuchtriegel arrived as the new director of the ancient ruins of Paestum, the most famous German associated with the three massive Greek temples to date was the German Romantic writer John Wolfgang von Goethe. Zuchtriegel is making big changes that are improving this must-see archaeological treasure in Campania.

Florence With A City Insider
Helen Farrell, the editor of the The Florentine, takes us to the city she loves and writes about in-depth – from her favorite restaurants and wine bars to lesser-known libraries and art installations. Find out what Helen’s favorite Florentine dish is and where to eat it. Plus what’s new and changing at the city’s world-famous art museums.

Cibrèo to Ciblèo: The Fabio Picchi Empire in Florence
Fabio Picchi is a fixture in Florentine cuisine. His Cibrèo restaurant/trattoria/cafe have long been a must  for any serious foodie visiting the city. Now, he has opened his 20-seat, Asian-inspired Ciblèo and we were among the first to dine there!

Members only have immediate access to this issue and nearly 190 back issues on every corner of Italy. Join now – and also receive exclusive Italy travel discounts!