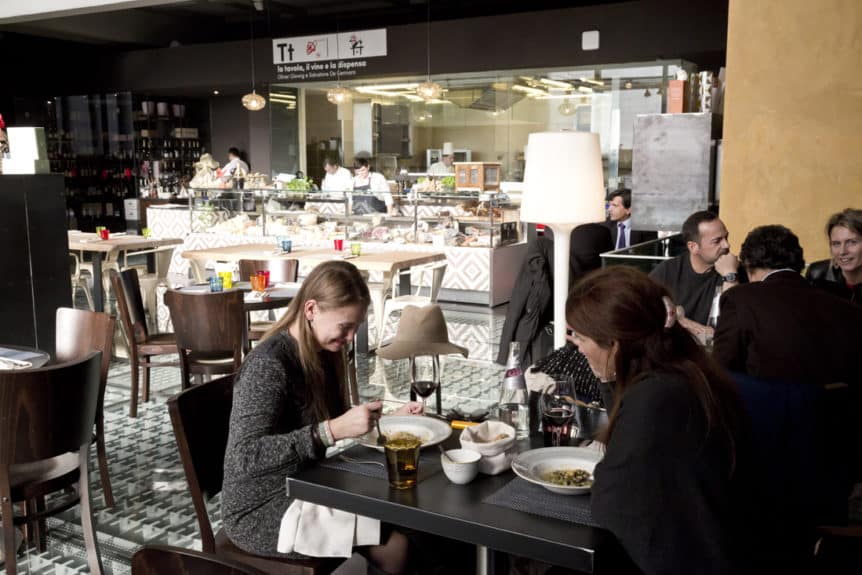 This article first appeared in the December 2016/January 2017 issue of Dream of Italy. Updated 2018.

A new foodie haven Mercato Centrale Roma (Rome Central Market) has opened in Rome’s main train station – Termini. The 15 gourmet and artisan food stalls represent the best of Rome’s classic and modern gastronomy. Vendors include Roman foodie favorites such as Pizzarium, run by Gabriele Bonci; Trapizzino, which sells a pizza-sandwich hybrid; and a wine bar and restaurant by Michelin-starred chef Oliver Glowig. Guests can sample different foods and purchase products to take home, such as cheese, jam, pasta, and olive oil. The 6,000-square-foot market has its food stalls arranged in a “market square” configuration and can accommodate 500 diners.

This new Roman market comes on the heels of the now uber-popular Mercato Centrale in Florence, which opened in 2014 and attracted three million visitors in 2016.  That market opened in 2014 and has attracted 3 million visitors so far in 2016. Both markets were created by restaurateur Umberto Montano, who described the Termini market as “a place of interlocking and shared interests with the dream of doing good to Rome, restoring taste and beauty to a city to which we owe a great deal.” Open daily 7 a.m. to midnight. To most easily reach the market, enter the station at Via Giolitti. For more information, visit www.mercatocentrale.it/roma