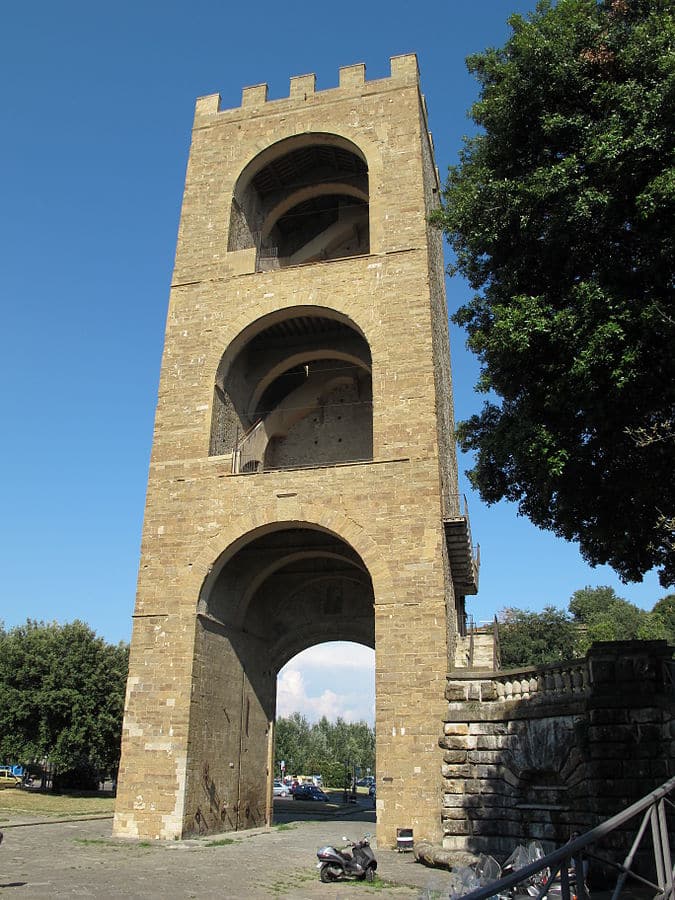 Thought that Florence was out of surprises? Through September 30, 2016, Florence’s Torre di San Niccolò is open to the public allowing visitors to take the 160 steps up to the top and catch magnificent panoramic views of Florence.

Located in Piazza Poggi, the tower is a majestic reminder of the Florence of years past. Though the outpost was once used to watch for invaders and to control foreign trade, nowadays it is housed in the bustling neighborhood of San Niccolò. Lively bars, eclectic shops, enchanting gardens and sparkling fountains decorate the streets around the hulking medieval tower. Just a few flights of stairs above it is the famously picturesque Piazzale Michelangelo.

The Tower of San Niccolò was only recently renovated and opened to the public in 2011. Before then, it simply stood as an ancient reminder of the city’s spanning history. Built in 1324, the tower lay outside of the city walls and aimed to serve as a watchtower. When new and stronger city walls were being built throughout the 13th and 14th centuries, the tower was included as a part of the defense system. In the 1870s, after Florence became the capital of a newly united Italy, the city walls were destroyed, leaving behind monuments such as this one behind.

The Tower of San Niccolò remains as the only such tower that has not been shortened or altered – so the view that visitors see at the top is the same as it was nearly six centuries ago (minus a few gelato spots). If you’ll be visiting Florence during the summer months, climbing up the Tower of San Niccolò is an absolute must for its sweeping views of Florence – past and present.

Guided visits in English and Italian are given every 30 minutes. Reservations are suggested. Visits are cancelled in case of rain. You can reserve by calling (39) 055 2768224 or emailing info.museoragazzi@comune.fi.it. Tickets to the tower are 4€ and visitors under 18 get in for free.  — Mary Zakheim