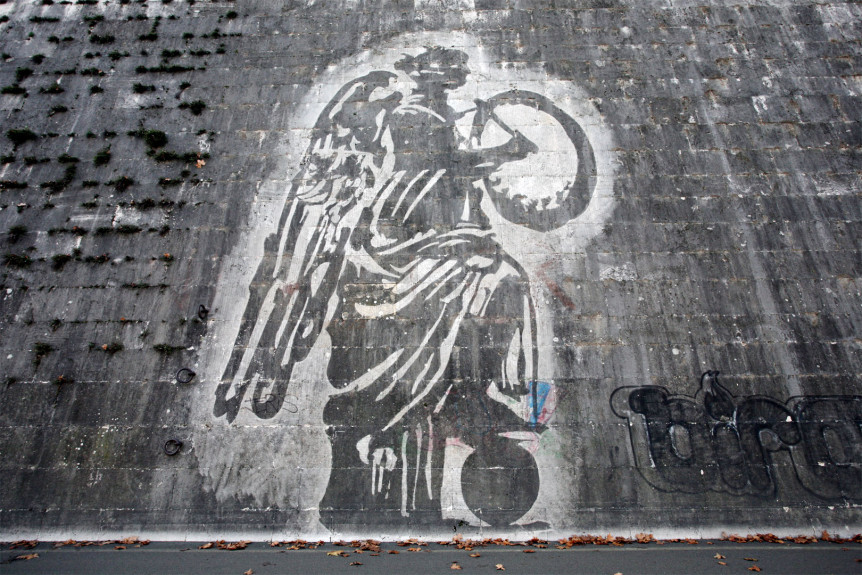 On Rome’s 2,769th birthday on April 21st, 2016 the city’s largest public art work since the Sistine Chapel was unveiled to the public. Triumphs and Laments is an 1650 foot frieze along the banks of the Tiber on Piazza Tevere, between Ponte Sisto and Ponte Mazzini. South African artist William Kentridge created the silhouette images in the frieze, most of them as many as 30 feet high, to represent figures from Rome’s greatest victories and defeats from mythological time to present.

The project is the brainchild of Kristin Jones who Jones founded TEVERETERNO, a nonprofit organization to produce cultural events in Rome and encourage artistic expression. She was taken with the Tiber River and a certain section of it. “The river is a fantastic, serpentine meander,” she told Travel + Leisure. Yet, it was “completely neglected. Totally derelict.”

Triumphs and Laments opened with the premiere of a a theatrical program created by Kentridge and his frequent collaborator, the internationally acclaimed composer Philip Miller. This once in a lifetime event featured two processional marching bands — one for the Triumphs, one for Laments –made up of Italian and South African soloists and musicians and dramatic live shadow play, all performing against the backdrop of the frieze.