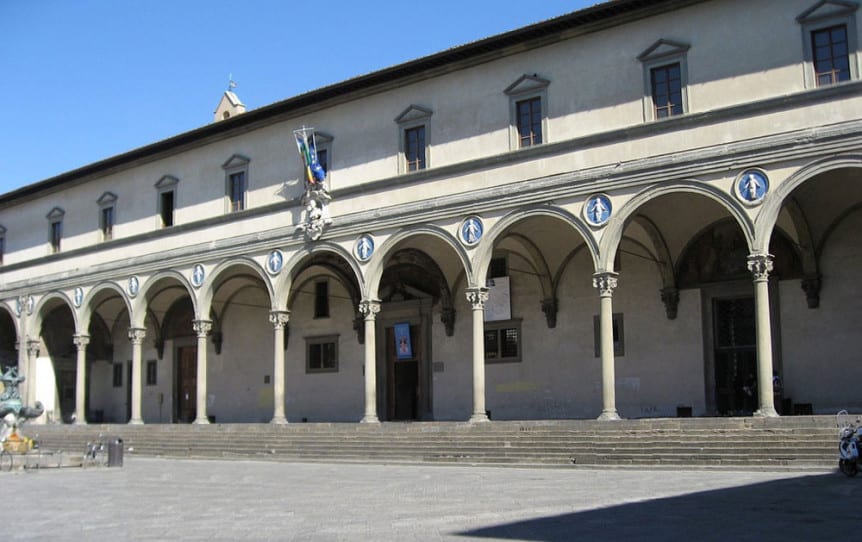 On June 23, 2016,  the Ospedale degli Innocenti in Florence opened a new museum called Museo degli Innocenti. The city’s famous orphanage operated from 1445 to 1875 and allowed parents to surrender their babies anonymously, first using a basin at the entrance and, later, a horizontal wheel similar to a lazy Susan that was connected to a room where workers received the children. The first secular childcare organization in the world, the orphanage eventually became a model for caring for children and adolescents.

The Museo degli Innocenti will provide a comprehensive look at the institution’s benevolent past and highlight the role of childcare and children in history, including multimedia biographies of more than 100 children who lived at the orphanage over its six centuries and the stories of the women who lived there. In the courtyard, visitors can walk through the history of the building, which was commissioned in 1419 and designed by Brunelleschi, and see how the space adapted to accommodate its residents.

The new museum will also display about 80 paintings by artists such as Domenico Ghirlandaio, Luca and Andrea della Robbia, Sandro Botticelli and Piero di Cosimo. In addition to exhibit space on three floors, the museum will offer art workshops for children and adults, advice for tourists, and conferences. Until the official opening, guests can visit one room containing photographs and documents from the institution’s history.

“With the new Museum of the Innocents, the Institute wants to enhance its cultural heritage, telling the history of the institution and the daily lives of children and women who have lived here,” said Alessandra Maggi, president of the Instituto degli Innocenti. “It will be a new space open to the city, in keeping with the tradition of an institution that for centuries has been synonymous with rights and protection for children. With the Museum of the Innocents Institute preserves a unique heritage and renews the challenge of always: to grow a culture that looks with more attention and care to the new generations. A challenge that rallies the support of the whole society.”

The institution and the Tuscan government contributed a combined 12.8 million euros to the museum project, which included restoring the façade and thoroughly cataloguing the institution’s history. — Elaine Murphy