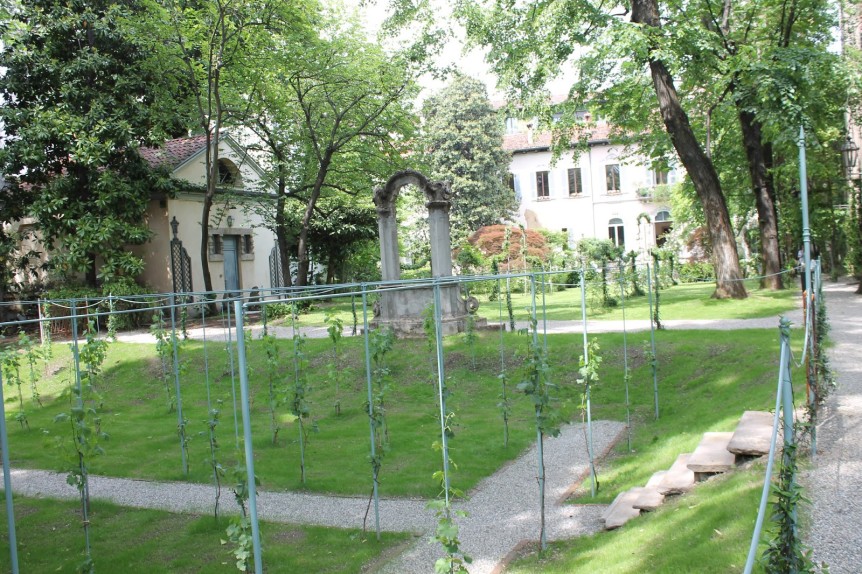 The artist’s personal vineyard in Milan, just across the street from the famed church of Santa Maria della Grazie that houses his beloved painting “The Last Supper,” has not only been restored as a garden: Italian experts, while excavating the site, discovered several living roots from the Malvasia di Candia grapevines planted there by da Vinci himself.

Lodovico Sforza, the Duke of Milan, gave Leonardo da Vinci the vineyard in partial payment for the painting of The Last Supper that Sforza had commissioned. The artist bestowed the plot to a servant and a pupil, who tended it at the end of the Casa degli Atellani garden. The house had been deeded to the noble Atellani family in 1490, and many different owners passed through until its purchase in 1919 by industrialist (and Fascist) Ettore Conti. The house and gardens were razed during World War II.

However, Conti’s daughter was married to famous architect Piero Portoluppi, and during Portoluppi’s renovations of the house, he also documented the gardens—including the remnants of Leonardo da Vinci’s vines.

Malvasia di Candia grapes result in a crisp, white wine, much like those favored in the vine’s place of origin, Piacenza in Emilia Romagna. A Tuscan by birth, Leonardo probably loved wine as much as his fellows, and no doubt appreciated the 66-by-186-yard enclosure devoted to his vineyard.