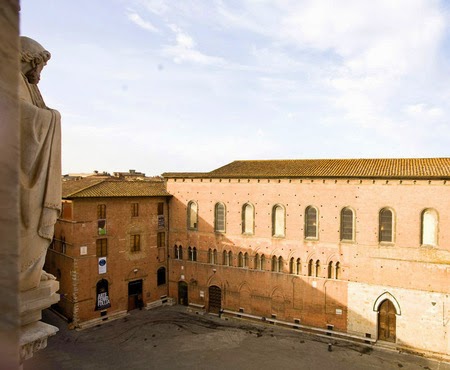 The Museum of Santa Maria della Scala, a former hospital in Siena, has opened following renovation, featuring a new segment dedicated to the history of Siena and several ancient silver, gold, and precious stone Byzantine reliquaries. The building opened to the public as a museum in 1995; extensive renovation began in 1998 and has continued in phases since then, with about half of the complex currently open to the public.

One of the oldest hospitals in Europe, it was founded in 898 and served as such for more than 800 years. In the 14th century, the hospital commissioned several altar paintings and exterior and interior frescoes by artists Simone Martini and brothers Pietro and Ambrogio Lorenzetti; time has worn down the exterior frescoes, but those on the interior have been restored. The museum also houses Etruscan artifacts, chapels and several other paintings.