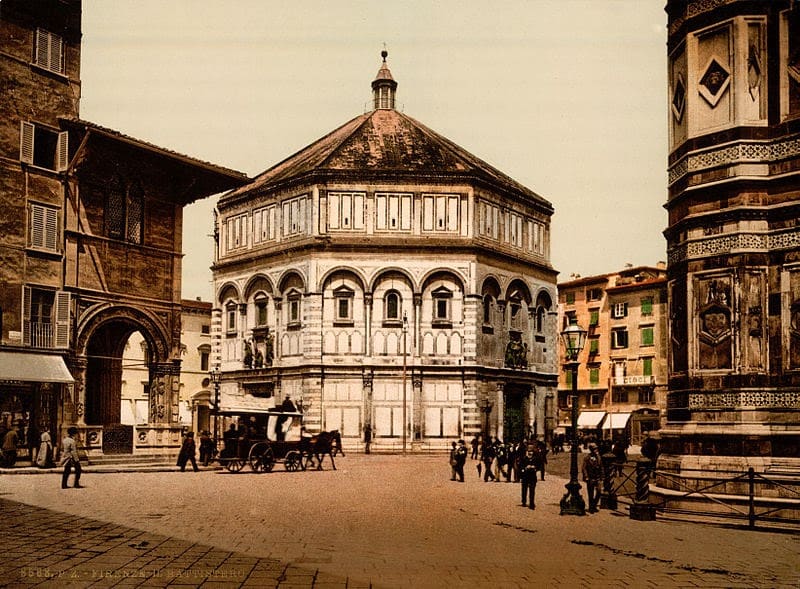 This is an excerpt from the February 2014 issue of Dream of Italy:

New Modern Museum: Florence, home to more than 80 museums, is gaining another one at the end of April. Museo del Novecento (Museum of the 20th Century) will open in a former Leopoldine convent in Piazza Santa Maria Novella. The city’s 2,300 works of contemporary art, which have long been without a permanent home, will now go on rotating display in 20 rooms spread among five floors.

Baptistery Construction: Starting in March, the façade and roof of the Baptistery in Piazza Duomo will undergo restoration. Scaffolding is already up around the building’s eight sides. The baptistery was constructed between 1059 and 1128 in the Florentine Romanesque style. This exterior renovation, the first in more than 70 years, is aimed at restoring the worn down marble and blackened surfaces. This is part of a larger project to ultimately clean some 428,000 square feet of exteriors throughout the entire historic piazza. On certain days, there’s a chance the work may mean the baptistery will be temporarily closed to visitors. Visit www.museumsinflorence.com to check on any such closings. (That’s an historic photo above.)

San Lorenzo Market Moving: Florence’s world famous San Lorenzo outdoor market is making a move, one that merchants fear might be permanent. The stalls around Basilica San Lorenzo are gradually being moved to Piazza del Mercato Centrale so that the old stones in Piazza San Lorenzo can be repaired and an electric bus route can be installed. Stall owners staged a one-day protest. Florence’s Mayor Matteo Renzi (now Italy’s new prime minister) tweeted, “We have freed as promised the San Lorenzo area, one of the most beautiful places in the world. We made a promise, and we’ve kept it.” Some residents are excited to have unobstructed views of the basilica for the first time in years.

Hidden Art: If you’re visiting the Uffizi between now and April 29th, you have an exciting opportunity to see one of Florence’s hidden art collections. The Contini Bonacossi Collection, usually closed to the public, will be available for guided tours (though only in Italian) to anyone who purchases a ticket to the Uffizi. The collection includes sculptures and paintings by Andrea del Castagno, Giovanni Bellini, Girolamo Savoldo, El Greco, Bernini and Velasquez e Goya. — Kathy McCabe