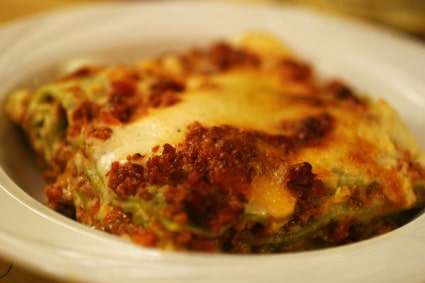 This article originally appeared in the December 2013/January 2014 issue of Dream of Italy. Updated 2018.

Recently the world has found a new reason to visit Bologna — food tourism. The city has always been famous for its cooking schools, but now locals are increasingly offering classes, tours and other experiences for visitors who only have a short time to spend in the city.

The Taste Bologna Food Tour (www.tastebologna.net) offers a good half-day introduction: a food crawl through the market district with lessons in pasta making, coffee and a traditional lunch. The Bologna Cooking School (www.bolognacookingschool.com; 39-334-2324787) is very flexible; they’ll arrange classes for individuals or groups, along with market tours. Taste of Italy (www.taste-of-italy.com; 39-347-1550839) does market tours, short courses on pasta making, sauces and desserts, as well as special subjects such as vegetarian cooking Bologna-style.

In addition to cooking lessons, some specialize in visits to food producers and vineyards, such as Bologna Gourmet (www.bologna-gourmet.com; 39-051-270512). The knowledgeable and enthusiastic people at Italian Days Food Tours (www.italiandays.it, 39-338-4216659) offer popular tours of producers of Parmigiano-Reggiano cheese, Modena’s balsamic vinegar and Parma prosciutto, each followed by copious tastings.

For something a little different, Martina Kuhnert’s Golosa Italia Culinary Factory Tours combines two of the region’s passions — slow food and fast cars. Ferraris, of course, are made in Modena, and Golosa Italia will take you there on a day trip that includes the Ferrari plant and a small producer of balsamic vinegar with tastings and a tour of Modena’s market and cathedral (culinary-factory-tours.com, (39) 392 6774005).