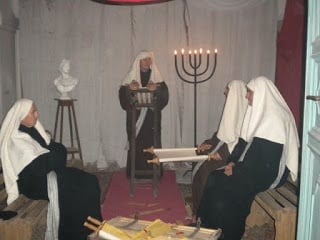 Settled on a hilltop in rural Umbria halfway between Rome and Florence off the A1 autostrada is Monteleone di Orvieto, a municipality of Terni built in the 12th century. During three days throughout Christmas season, visitors can meander through the cobblestone streets of the centro storico, the setting for the Presepe Vivente or “living nativity.”

During these special days, the residents of Monteleone transform their town, consisting primarily of one main thoroughfare and a road that circles the town, into a grandiose replica of Bethlehem. 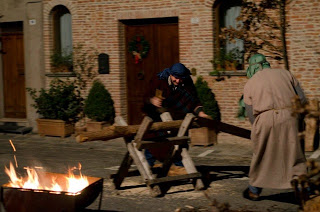 Upon entering the iron-doored archway to the town, which always remains open now that the troops of Florence are no longer storming the walls as they did in the 1600’s, visitors enter a buzzing historical reconstruction of Bethlehem during the days of Jesus Christ’s birth.

Stores, homes, and palazzi along the town’s main thoroughfare are transformed into various scenes from the birthplace: inns, local artisans such as butchers, blacksmiths, potters, and craftmakers; a synagogue; roman soldiers standing guard and sheep posts; and of course, the nativity scene itself. Visitors are also invited to enjoy local wine and food as they stroll through the unique spectacle.

Residents of Monteleone are dressed in elaborate costumes, hand-tailored by the women of the area after careful historical research and design. The weapons and military clothing are also true works of art handicraft. No detail goes unnoticed. 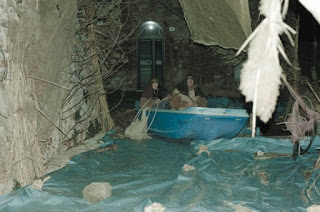 What results every year is an intense and exciting atmosphere, the grandeur and the accuracy of the scenes, the precise historical reconstruction, the same natural landscape and a certain mystical air that allow visitors to gain a unique glimpse of history while meeting the open-armed residents of Monteleone.

The presepe vivente takes place every year on December 24, December 26 and January 6. Visitors are asked to pay 3 euros upon entrance.