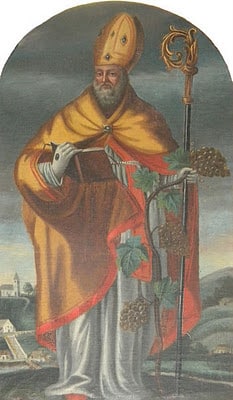 While the above headline is no doubt alarming, don’t worry, I have it on good authority that Santa Claus is alive and well and quite busy up at the North Pole. But his inspiration, the original St. Nick, a 4th-century Greek bishop, rests in the region of Puglia. Saint Nicholas was known for his secret gift-giving. The legend goes that believers left their shoes out and he filled them with gold coins.

The story of how the “original Santa Claus” got to the city of Bari from where he perished in Turkey is recounting the fascinating article Saving Santa’s Bones. Apparently, roughly 900 years ago, if your city didn’t have a pilgrimage site, you were practicially left of the map. So the good folks of Bari decided to hatch a plan to get themselves some relics!

“Three ships and 47 sailors set sail in 1087 for Myra, Turkey, the site where St. Nicholas had been buried some 800 years previously. After convincing custodians at the church where the saint was buried that they were pilgrims, the pirates smashed open the grave, took most of the ancient relics, and carried them back to Bari,” writer Debbie Olsen recounts.

Since then, St. Nick’s remains have resided in a crypt beneath the altar of the Romanesque Basilica di San Nicola. Olsen writes,”Every year, Bari re-enacts the arrival of the body of St. Nicholas from Turkey with a 10-day festival in early May. The highlight of the Festa di San Nicola is the “translation ceremony,” where a statue of St. Nicholas is paraded through the streets with 500 costumed attendants and taken out to sea and brought back to the Basilica.”