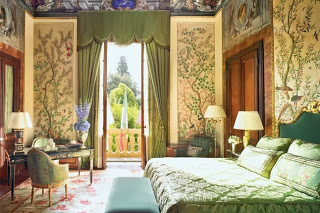 This is an excerpt from the September 2013 issue of Dream of Italy:

The best vacations are those where you can use loyalty points to for flights and hotels. In Florence your hotel choices are limited, but just this past year a new offering joined the short list — AC Hotel Firenze by Marriott.

Marriott acquired the modern AC Hotel in 2011 and created a virtually new hotel on the edge of the historic center. With 118 rooms, a large restaurant and a lobby bar, it has all of the amenities (including a small gym), except a pool.  With its own garage and easy access to the ring road around Florence, it is perfect those who are seeing Italy by car.

It does not bring to mind a Renaissance palace or anything other than a new standard U.S.-based hotel, but for opera and music lovers it is right next door to Florence’s new opera house and symphony hall. For those attending conferences at Fortezza del Basso it is a 10-minute walk and exhibition space at Stazione Leopoldo is less than a block from the front door.

For those with Starwood points, you have the choice of the Excelsior Hotelwith its new panoramic rooftop bar and restaurant, and the St. Regis Hotel, the newly upgraded (formerly known as the Grand Hotel) 6-star hotel with its stylish dining and incredible service. Both are located in Piazza Ognissanti. (Read Dream of Italy’s review of these two Starwood hotels in Florence.)

The Four Seasons just announced that it is starting a rewards program.  Its palatial Florence residence (pictured above) that shares both a restored convent and a palazzo separated by a private guest-only park will definitely benefit from the offering. Best Western also has six hotels scattered around Florence and the Sheraton has one that is far from the city center, but close to the autostrada to Rome. – Ann Reavis