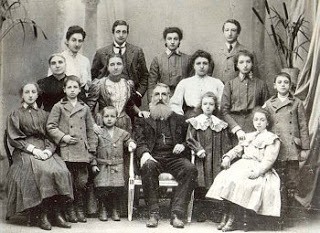 In Dream of Italy’s recent special report on Italian ancestry & citizenship (available instantly to DOI subscribers), we detailed the steps to take to trace your family tree in Italy. Names, of course, are a key part of the detective work. In our special report, we talked about surnames, or family names, but understanding the way Italian families of the past (and even some present) chose first names can help you sift through documents.

Also if a child had died, the family often named a new baby after the deceased child.

Photo of the Giannini family of Lucca, 1900: Today’s Catholic World