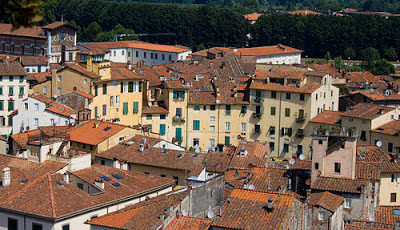 The town of Lucca is one of Tuscany’s most charming locales. Lucca will have even more to offer starting in October when it kicks off a year-long series of events to celebrate its 500th anniversary.

According to The Florentine, the anniversary celebrations “will range from exhibits and performances to debates and an all-night party, the anniversary will be marked by a series of public works and restorations along and around the walls, among them to the stone home, Casa del Boia; the city gate, Porta Elisa; and the ancient Casermetta del Baluardo San Salvatore, which once housed the guards who watched from the walls.”
A budget of 9.5 million euros has been allocated to Lucca’s anniversary events and needed renovations. Details about the celebrations should be released soon.
Photo by _gee_, flickr.com