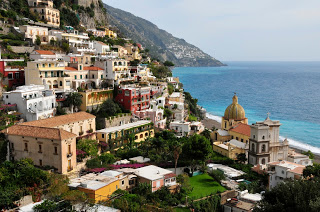 Prepping for a trip to Italia? Here’s what’s hip, happening and noteworthy in Italy this summer and fall.

1. New Vaporetto Service in Venice: Ever seen those red hop-on, hop-off double decker tourists buses in major cities around the world? Venice now has its own version of a hop-on, hop-off tourist boat called Vaporetto dell’Arte. The seats all have multi-lingual video systems. Tourists can buy a 24-hour pass to travel among eight major stops.

2. Popular Budget Lodging in Rome: I know several people including a family with young children who stayed in one of the newer Eats and Sheets B&Bs in Rome and were blown away by the great atmospher location (three different ones – Colosseum, Monti, Vatican) and affordable rates (doubles start at 70 euros per night; apartments for 4/5 start at 100 euros nightly). Plenty more ideas for affordable places to stay in our Rome app on iTunes or Rome app for Android.

3. Florence’s Most Famous Door to Be Unveiled: During the 15th century it took artisan Lorenzo Ghiberti 21 years to complete the bronze door Michelangelo called “The Door of Paradise.” It became the entrance to the Duomo for hundreds of years before the original was removed to protect it during World War II and subsequent flooding. After decades of restoration work, the original will be back on display September 8th at Florence’s Museo dell’ Opera.

4. Dining in Local Italian Homes: More and more Italians are opening their homes to share dinner – including traditional local cuisine and conversation (in English)- with foreigners. The trend started with the founding of the Home Food network a number of years ago and continues with the new web-matching service, New Gusto. Don’t miss this chance to experience Italian dining with locals!

5. Francis Ford Coppola’s Luxe New Hotel: Palazzo Margherita, Francis Ford Coppola’s new nine-suite hotel in his ancestral hometown in remote Baslicata, has made a splash in the luxury hotel world. No detail has been overlooked in Coppola’s homage to his ancestors and the history and people of beautiful Basilicata. Cooking lessons included with every visit. Few can afford the price tag.

6. Night of the Shooting Stars: Every year on August 10th, Italians celebrate when San Lorenzo’s tears (Perseids meteor shower) light up the sky. It is called the Night of Shooting Stars. Italy’s Wine Tourism Movement has in recent years promoted Calici Sotto Le Stelle linking the falling starts with tastings, music and entertainment in wineries across Italy.

7. Vatican’s Secret Archives Revealed: The hottest exhibit in Italy right now is Lux in Arcana bringing light to 100 documents, including the conviction of Galileo, hidden in the Pope’s archive until now. The show runs through September 9th at Rome’s Capitoline Museums.