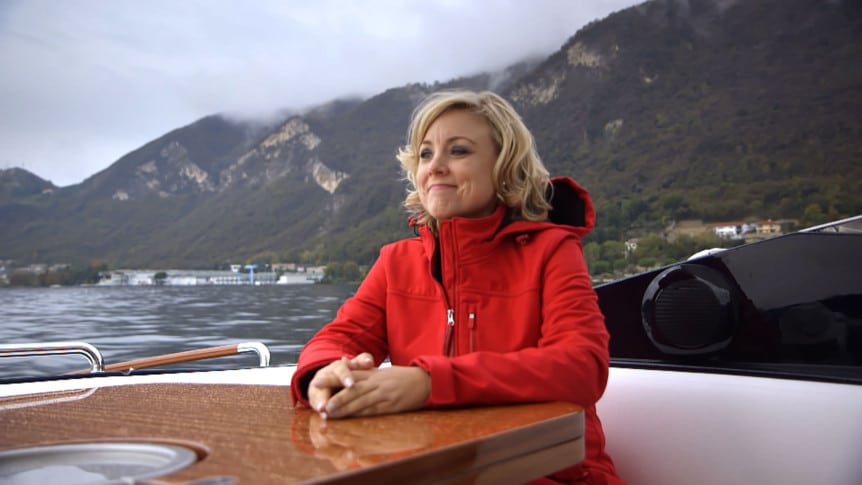 Kathy McCabe makes Italian travel dreams come true. She’s America’s #1 Italy travel influencer with an audience of more than 60 million on PBS alone. She also believes that Italy can change your life – whether you live like an Italian at home, travel there or move there – which is also the premise of her latest TV special, Dream of Italy: Travel, Transform and Thrive, which premiered in June 2021.

Kathy is the host and executive producer of the TV travel series Dream of Italy with two seasons and two specials currently airing on on PBS stations, CreateTV, PBS.org, the PBS app, YouTube and Amazon Prime. In 2021, Dream of Italy was the #1 most watched program (of any genre) distributed by American Public Television to Amazon Prime. The television series, which airs in 97% of U.S. TV households, is inspired by the award-winning travel magazine and membership website, Dream of Italy, that she founded in 2002. Season 3 of Dream of Italy, including a very special episode Kathy filmed with Academy Award-winning actress Marisa Tomei, will premiere on PBS stations in 2023.

Kathy is also the host of the Dream of Italy Podcast, which The New York Times recommends as one of “13 podcasts for wandering souls.” Kathy is widely quoted in the international media on topics related to travel and Italian culture. 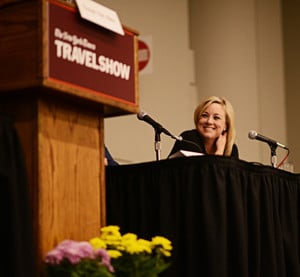 The most popular episode of the TV series  in terms of viewer feedback is the Castelvetere sul Calore episode from season 2 where McCabe brings her (now late) parents back to her mother’s ancestral hometown to explore the mysteries of her heritage and the miracles of the town’s Madonna. It was Kathy’s first trip to Italy to find this mythical town that fulfilled her grandfather’s “dream of Italy” and later inspired this brand.  Viewers describe McCabe as “warm,” “genuine,” “authentic” and “filled with joy.”  Many watch the episodes again and again and say the series “helps us dream” and  “inspired us to plan a trip to Italy as soon as we can.”

McCabe has published more than 190 editions of the award-winning subscription magazine Dream of Italy, helping thousands of people enjoy more authentic and rewarding travels in Italy with insider advice on where to go, what to see, where to stay, where to eat and who to meet. Dream of Italy has been recommended for its savvy travel advice by National Geographic Traveler, USA TODAY, The Washington Post, U.S. News and World Report, Forbes, BusinessWeek and numerous other media outlets.

The Dream of Italy Podcast premiered in 2019 to rave reviews, including inclusion on a list of best travel podcasts in The New York Times. Kathy’s approachable, conversational interview style not only brings out the best in her guests  but connects her with her audience who learn concrete steps to live better the Italian way.

McCabe has spoken about travel to Italy and the transformative power of Italy for the Smithsonian Museum, The New York Times Travel Show, the Travel & Adventure Show, the Italian Cultural Institute of San Francisco (with Riccardo Illy), the National Organization of Italian American Women, the National Italian American Foundation and Georgetown University.

McCabe began her career in journalism at ABC News where she was part of an Emmy-Award winning investigative team linking money and politics during the 1996 presidential election. She holds a M.A. in non-fiction writing from Johns Hopkins University and a B.S.F.S. in European Studies from Georgetown University.  McCabe is  a graduate of the Stanford University Publishing Program for Mid-Career Professionals. McCabe’s other great passion in life, besides Italy, is dogs, particularly her beloved breed, wire fox terriers (she meets two in the Venice episode!)