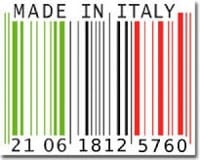 In an effort to boast Rome’s prestige and popularity, by enticing new travelers and return visitors, a string of new, modern string of attractions will be opening in the EUR neighborhood of Rome. Esposizione Universale Romana, better known as EUR, is an area in southern Rome known mostly for business and art. Mussolini originally ordered the area built as the location for the 1942 World’s Fair, but that idea was abandoned at the onset of the war. A “Made in Italy” Museum as well as an Aquarium are now planned for the neighborhood.

Tourism official Mauro Cutrufo feels the “Made in Italy” Museum is the “something different” visitors are looking for; not another ancient ruin or church but something new, attractive and engaging. The Palazzo Civiltà del Lavoro, one of the most iconic buildings in the EUR since the 1940s, is undergoing renovations and when finished will be the museum’s home. All products baring the prestigious label, “Made in Italy” that is synonymous with high fashion, design and production, will be on display.

Also adding to the allure of EUR, in 2012, Mare Nostrum Aquarium is set to open beneath the area’s artificial lake. — Kendra Howard