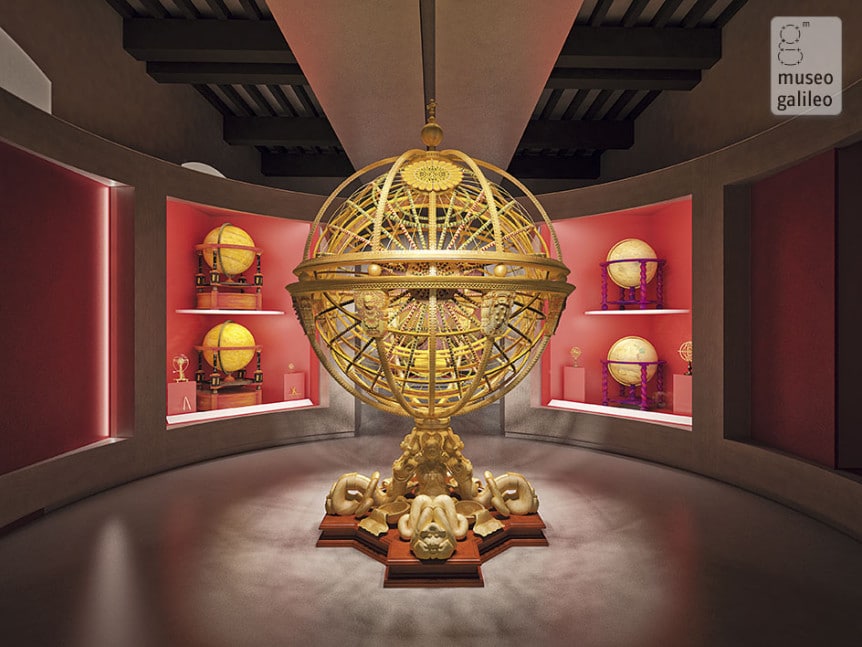 In producing some of the world’s greatest scientific minds, Italy has shared an intimate history with the development of modern science. Based on the content of the newly reopened Instituto e Museo di Storia della Scienza (Institute and Museum of the History of Science), now renamed the Museo Galileo (The Galileo Museum), it is safe to say that the city of Florence in particular has played a significant role in scientific history.

At the reopening, museum director Paolo Galluzzi announced the addition of two fingers from Galileo’s right hand and one of his teeth to the museum’s collection. They reappeared at at an auction last year, over a century years since they were reportedly last seen.  The Museo Galileo was already in possession of the scientist’s middle finger.When Galileo’s body was transported in 1737 from storage to its final resting place in Florence’s Santa Croce Church, dedicated followers of Galileo removed his digits from his body.

The two fingers and tooth of the famous scientist were preserved in a sealed jar, which was passed along from generation to generation in the same family.  The jar turned up in an auction house without anyone knowing to whom the fingers and tooth belonged. The discovery of the owner of the parts was made after comparison was conducted between the jar to a detailed description of the jar found in a document left behind by the last person who saw the remains of the famous scientist. The buyer of the digits prefers to remain anonymous.

The dismemberment and preservation of a man or woman’s parts was common practice for Catholic saints after their death. Organs, fingers and tongues were commonly removed from holy figures and maintained as sacred relics. It seems a bit ironic that Galileo, a blasphemous scientist, would receive the same after-death treatment of holy member of the Catholic Church. Galileo was jailed in 1634 by the Inquisition for sharing his astrological discovers with the world—discoveries that contradicted the teachings of the church. His followers, however, understood him to be something of a scientific saint and cut off the fingers he used to hold a pen as a sort of memorial service.

Now three of the astronomer’s fingers and one tooth are displayed in small, glass, state-of-the-art, preservation display cases. The interior renovation and reopening of the 12th-century Palazzo Castellani marked the unveiling not only of the fingers and new interior design, but also the interactive, portable video guides. These guides allow each visitor to customize his or her experience inside the museum. These innovative virtual guides, never before used in a museum, give the user access to hypertext pages, biographies and 3-D animation.

With its freshly constructed exhibit spaces, the museum also displays 1,000 aged instruments of major scientific relevance. Many of the instruments and apparatuses on display explore the contributions Florence and the rest of Tuscany made to the world of science and are not tools used by Galileo himself. The Museo Galileo also offers scholars access to its specialized library, which is also available online. — Shakira Mongul