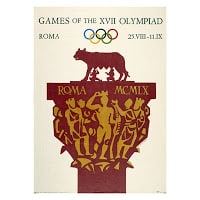 The President of the Italian Olympic Committee (CONI), Gianni Petrucci, will face a multiple-choice decision in endorsing a 2020 Olympics candidate after Bari (one of the major cities in Puglia) declared its interest in Olympic candidacy joining Palermo, Rome and Venice.

In response to Bari’s move, Petrucci joked, “There are as many cities bidding as there are pizzas in Naples.” According to Inside the Games, Petrucci is worried about how the international community will view this Italian outcry for the Olympics. Any city bidding for candidacy must be endorsed by CONI, but no city has yet to consult the Italian Olympic Committee before making their interest public.

Rome narrowly lost the bid to Athens in 2004 by 25 votes and has been the only other Italian city to host the games in 1960, although Turin hosted the Winter Olympic Games in 2006 However, a 2020 Olympics in Rome would also mark the 150th anniversary as Italy’s capital.

CONI will wait until next year to decide on a city and the final decision made by the International Olympic Committee will be in 2013. — Michael Lowe