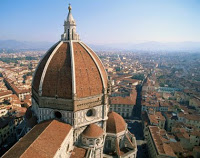 For those of us who love Italy it is no surprise that 25,000 Conde Nast Traveler readers have chosen Florence, Rome and Venice, respectively, as the top three cities in Europe. This year, readers chose from over 10,000 properties and destinations according to regional categories.

Other notable awards include Capri and Sicily in the third and fifth spots for European islands, hotels Il San Pietro in Positano (on the Amalfi Coast) and Il Pellicano in Tuscany taking first and second in the Southern European hotel category and Villa D’Este in Lake Como taking fourth in the European Resorts category.