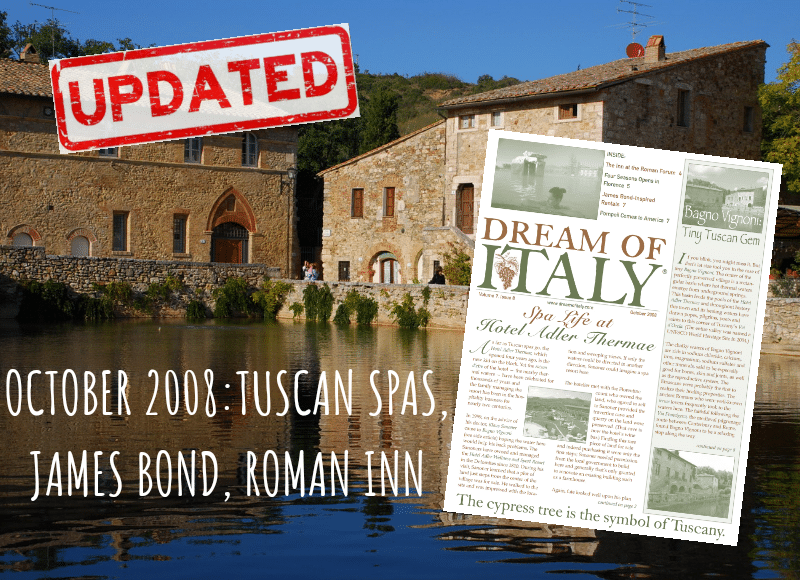 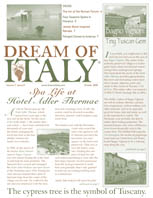 Rome: There’s Room at the Inn
Our writer called her visit to this hotel near Rome’s ancient wonders, “one of the great hotel stays of my life.”

Live the Bond, James Bond, Experience in Tuscany
The latest James Bond movie, Quantum of Solace, has scenes filmed in Tuscany. Find out how you can stay where the film was shot.

Four Seasons Opens in Florence
After a seven-year wait, the second Four Seasons outpost in Italy has finally opened.

A Hotel Suite Unlike Any Other
Did you know the largest hotel suite in Europe is in Rome? All 11,700 square feet of it.

Pompeii Transported to Washington, D.C.
The exhibition Pompeii and the Roman Villa: Art and Culture around the Bay of Naples has just opened at the National Gallery of Art.

Members only have immediate access to this issue and nearly 190 back issues on every corner of Italy. Join now—and also receive exclusive Italy travel discounts!

The PDF of this issue is not updated but click on the story links above to read the latest updates on the articles!