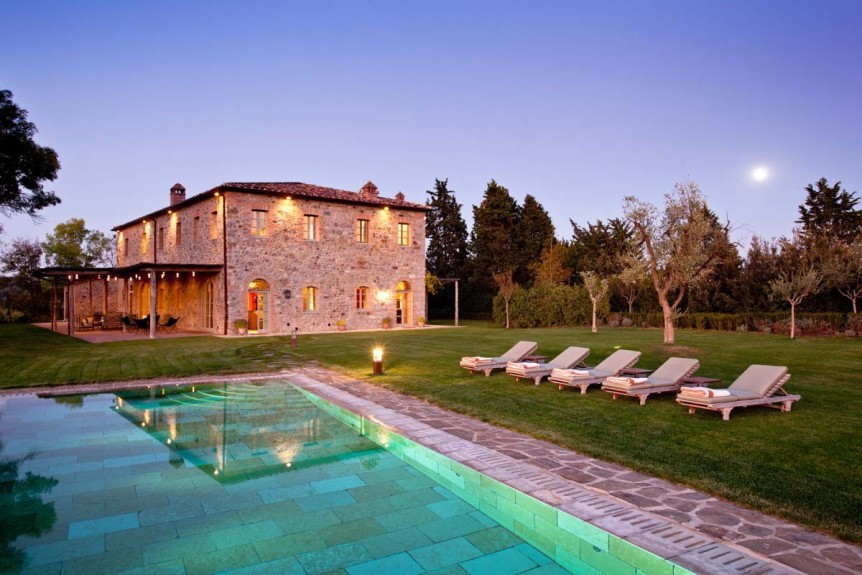 The James Bond movie Quantum of Solace follows Daniel Craig’s Bond as he seeks revenge for his lover’s death by pursuing a ruthless businessman trying to take control of one of the world’s most important natural resources. Some of the film’s action takes place in Italy.

A magnificent coastal tower in the Maremma area of Tuscany has a starring role in the movie. Villa La Torre, known as Villa Mathis in the film, was originally built by the Spanish to protect against Saracen invaders. It has been restored as a four-bedroom residence that sleeps eight to 12. Weekly rates, with daily cleaning service, start at 10,000 euros.

To celebrate the film’s release, another villa, La Rocca, a four-bedroom apartment in San Gimignano, was decorated with the modern, sexy flair James Bond himself would appreciate. The villa offered a package including the options to rent an Aston Martin for a spin around Tuscany or take a private cocktail lesson with Giovanni Bertini formerly of The Savoy Hotel in London.

It also included the chance to take a private tour of Siena’s underground aqueducts known as the Bottini, where some of the Bond action in the current movie takes place. This labyrinth of tunnels supplies water to the numerous wells and fountains throughout the city.