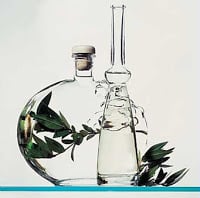 Looking for a taste of the homemade hard stuff? Two Italian Northern League senators can empathize! ANSA reports that Enrico Montani and Sergio Divina presented a bill last week that would allow individuals to distill 30 liters of Grappa for their personal consumption and for that of their guests.

Grappa, a clear brandy made from the skins, pits and stalks of grapes after the fruit has been pressed into wine, has been tightly regulated by the Italian government for both hygiene and economic reasons.

“The tradition has hardly disappeared,” said the senators of the moonshine liquor production. If the bill should pass, individuals would be allowed to brew 30 liters of Grappa each a year, to be consumed by the producer or the guests of his or her residence, if the producer runs a holiday farm or agriturismo. And with holiday farm residences’ prices staying low this year, you may be relaxing in the countryside, sipping a homemade glass of Grappa before you know it! — Justine Gregory