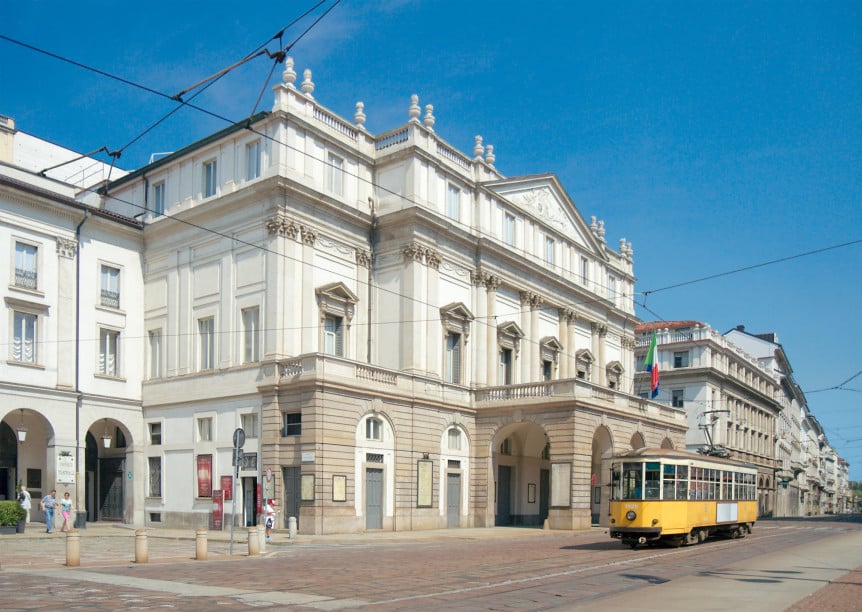 Dream of Italy editor and publisher Kathy McCabe reflects on her first visit to Milan. Updated 2019.

I had already experienced Naples, Rome and Florence before I ever stepped foot in Milan. My travels up the Italian boot gave me certain ideas about Italians and their cities, mostly that each has its own personality. The idea of all Italians as one definable group is actually a rather new one; the various kingdoms and city-states only unified in 1870. Italians still define themselves much more as a products of their hometowns or regions than as a citizens of Italy.

When I came to Milan, I had witnessed the contained chaos of Naples, the modern/ancient mix of Rome and the artistic pride of Florence. Milan is a different animal from them all. Perhaps the city’s proximity to Switzerland imposes an order and efficiency missing in those other cities. Perhaps years of fashion contributions have made the Milanese appear that much more elegant and put-together than other Italians. Milan’s long history at the junction of trading routes has helped the city evolve into an international business center.

My first visit to Milan coincided with the murder of fashion icon Gianni Versace in Miami. Versace embodied an Italian story that bridged geography and class. So many of the children of the agricultural south have come here seeking economic security. There’s a palpable north-south tension in Italy, best illustrated by the Lega Nord, the right-wing political group that favors a secession of northern Italy from the south. Many northerners feel that the south is sucking up the money that the north is making. Versace, the son of a seamstress in Reggio Calabria, at the tip of the boot, came to Milan and made his mark on the world.

Although Milan had lost one of its biggest stars, I saw few expressions of grief or shock at Versace’s death, save for the newspaper headlines at the tabacchi and the signs on a few store windows. The Milanese went about their business. I sensed that they were much too practical to get caught up in the news of the day, although I can imagine that behind closed doors the death of an icon made for conversation over a cappuccino.

I’m always more conscious of what I am wearing when I am in Milan.

You’re almost always confronted by some sign of the fashion industry in this city, whether it be a store window or billboard or the knock-off handbags someone is selling on the streets. Of course, twice a year, hordes of fashion writers descend on Milan for all-important fashion shows revealing the fashion rules and must-haves for the next season.

The Milanese give thought to what they are wearing. Even the old men, long past retirement, wear beautiful suits just to visit the bank or post office. There’s an order in Milan-accepted rules for presentation and conduct.

Of course, Milan also has much to offer in the way of art, churches and monuments. This is, after all, the home of Da Vinci‘s The Last Supper. For the Milanese, beautiful creations are just a fact of life. They don’t feel the need to brag or bring undue attention to them. The most impressive of these city icons is the Duomo. This giant cathedral impresses even the most jaded visitor. Close by, the Galleria Vittorio Emanuele shopping arcade evokes the ghosts of a bygone era.

Yet, for me, the highlight of all my visits to Milan remains the night I spent at La Scala, the altar at which opera lovers worldwide wish to pray. My friend’s brother arranged for tickets to see Tosca. No matter that those tickets were for last-row seats, the experience transformed me into an opera buff. I have yet to attend another opera where the audience booed and hissed. For the most part that night, the performers received screams of “brava” and clapping, but the Milanese take their opera seriously and weren’t afraid to berate those performers who disappointed them. I couldn’t help but laugh with relief that I had finally caught the polite and refined Milanese letting it all hang out.