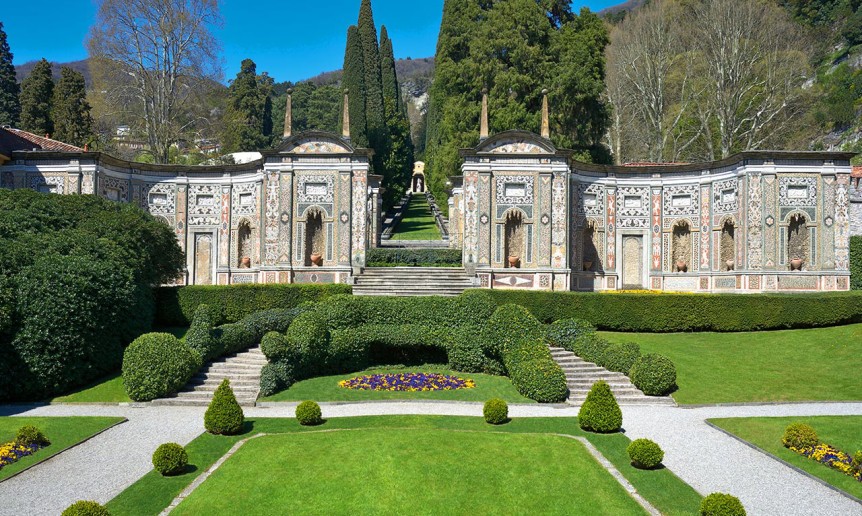 In the March 2007 issue of Dream of Italy, we go behind the “gastronomic” scenes of Lake Como’s exclusive Villa d’Este to discover what makes the hotel’s culinary offerings so tempting. It turns out that Villa d’Este has two secret weapons: Executive Chef Luciano Parolari, also known as the “King of Risotto” and his much-heralded repertoire of risotto recipes, which have been wowing famous and non-famous guests alike for decades. Parolari and the hotel’s longtime director of public relations, Jean Govoni Salvadore, have collected the recipes and related stories in the new book, Tales of Risotto: Culinary Recipes from Villa d’Este (Glitterati, 2006). They have generously given us permission to reprint the following recipe (Frank Sinatra’s favorite):

This is a risotto that for many years could only be made during the artichoke season, which is the month of March. That was true in the days when Frank Sinatra and Ava Gardner visited the Villa d’Este. Of course Frank was of Italian descent, but he hadn’t actually visited Italy until he came to Villa d’Este. At this point he was too famous to travel incognito, so he needed a place like Villa d’Este to which he could retreat in comfort. Add to that the brewing scandal with Ava Gardner, and he had very few options — especially if he wanted to visit Italy.

So during the early 1950s they arrived in a flurry at Villa d’Este ready to partake of Italian fare. They were offered risotto at the formal Verandah Restaurant — the staff wanted to make sure they had an authentic northern Italian experience. Sinatra was dubious; Gardner was willing — so the very special seasonal Risotto with Artichokes was prepared and offered in a formal flourish.

For more on Villa d’Este and its cuisine, see the March 2007 issue of Dream of Italy. For more on visiting Italy’s Lakes region, see Dream of Italy’s Special Report: The Lakes, which can be purchased individually or is available along with over 60 other back issues as part of our subscription.