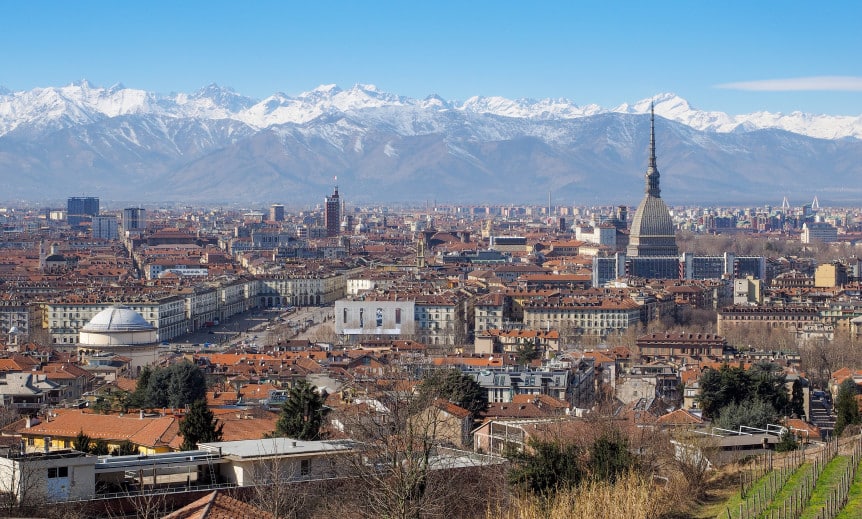 In a matter of days, the eyes of the world will be turning to an Italian city that has long been overshadowed by its larger and better-known cousins. But as host to the 20th Winter Olympics, Turin (or Torino in Italian) may finally be getting its day in the sun. Italians and foreigners alike often think of Fiat (the Italian carmaker) and Agnelli (the family who built the company) when they think of Turin yet, this city is hardly the Detroit of Italy. Home to 40 world-class museums, charming baroque architecture and covered walkways, as well as some of Italy’s best cuisine, Turin is a city of surprises. Here are some fascinating facts about Turin:

1. Turin is considered a “city of magic.” Lying on the 45th parallel, Turin is one of the three vertexes of the triangle of white magic with Prague and Lyon, and of the triangle of black magic with London and San Francisco. Other reasons: Nostradamus once lived here. Legend has it that the Holy Grail is also buried in the city. Somewhere Tours (www.somewhere.it) runs a three-hour evening walking tour called Magic Turin.

2. Turin’s Egyptian Museum (www.museoegizio.org) holds the largest collection, some 30,000 pieces, of ancient artifacts outside of Cairo.

3. There seems to be a chocolate shop around every corner. Buy a “chocolate pass” from Turismo Torino (www.turismotorino.org); it’s good for 15 luscious treats at stores all over Turin. Be sure to try Giandutto, a blend of chocolate, hazelnuts and sugar, and a precursor to Nutella, that was invented here.

4. Between 1861 and 1864, Turin was Italy’s first capital. See Italy’s first parliament at the Museum of the Risorgimento, devoted to the history of Italian unification.

5. The Shroud of Turin is rarely on public display. You can see the chest where it is stored when visiting the city cathedral, but can only lay eyes on the holy sheet when the Pope decides to put it on display. Next scheduled appearance — 2025. There’s also a museum (www.sindone.org) devoted to the holy cloth.

6. As the birthplace of Vermouth (1786), its no wonder Torinese have made the aperitif a nightly tradition at the city’s many traditional cafes.

7. Turin’s royal palaces are on the UNESCO World Heritage List. When the Duke of Savoy moved his family from France to Italy in the late 16th century, he set out to show the power of the royal house by building opulent homes.

8. Numerous films, including The Italian Job, have been made in Turin. Guests at the Meridien Lingotto Hotel, housed in a former Fiat factory, can jog around the rooftop test track used in the movie. The city’s National Museum of Cinema (www.museonazionaledelcinema.org) offers plenty of film history and a fantastic view.

9. Turin’s Juventus (www.juventus.com) is one of the world’s most popular soccer (football) teams. The team has about 10 million Italian fans and upwards of a hundred million fans across the globe.

10. The world’s oldest map will be shown to the public for the first time ever at Turin’s Palazzo Bricherasio (www.palazzobricherasio.it) between February 8 and May 7, 2006. (This event has since concluded)