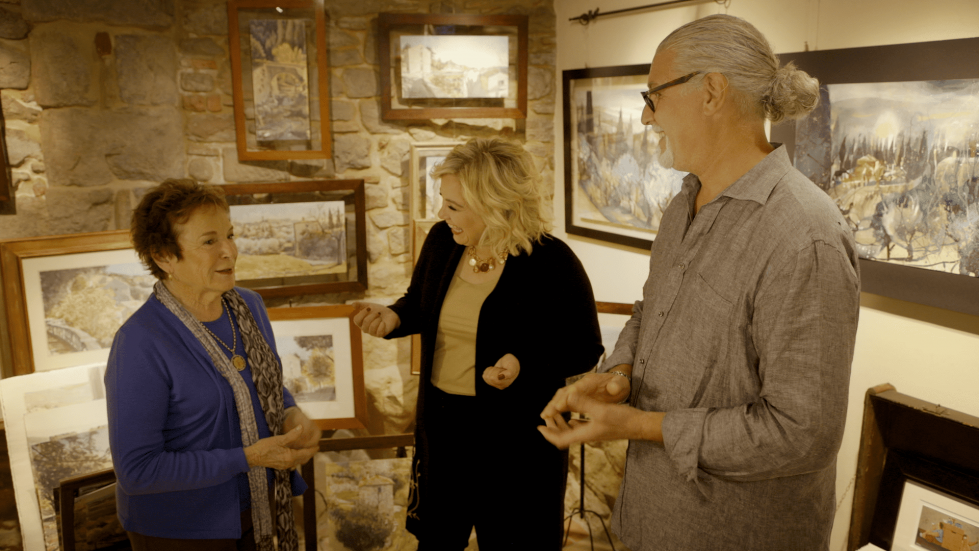 This article originally appeared in the August 2019 issue of Dream of Italy celebrating the town of Cortona which is featured in theDream of Italy: Tuscan Sun Special now airing on PBS stations and Create TV.  It is a continuation of the article People to Know in Cortona

One of the best ways to enter Cortona is from Piazza Garibaldi, the busy plaza that’s a drop-off spot for taxis and buses. From this panoramic vantage point, you can gaze out at the valley, with the extinct volcano of Mount Amiata and the waters of Lake Trasimeno in the distance, where Hannibal defeated the Romans in 217 BC.

As you head into town, you’ll be on the main street, Via Nazionale. Known by locals as rugapiana– or, flat street – it’s the only level thoroughfare in this hill town. 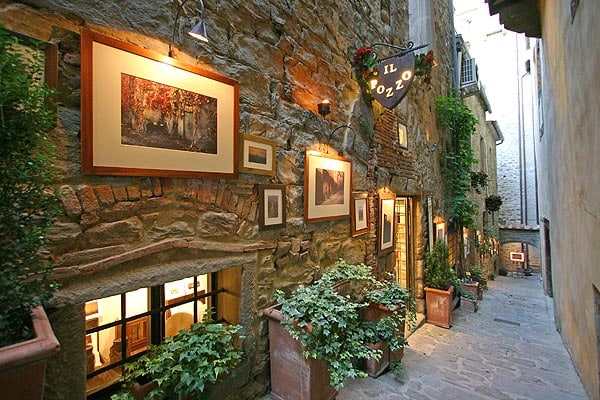 Strolling along, you’ll get a feel for Cortona’s charming restaurants and shops featuring local pottery, artisan jewelry, and wool and linen clothing. Among those is Il Pozzo – or “the well” – a quintessentially Cortonese shop featuring original art and photos that’s run by Ivan Botanici, along with his wife, Loriana, and their children, Thomas and Marta.

Upstairs, the shop is a classic Italian tabacchi store – for purchasing bus tickets, adding minutes to a phone card, or buying a postcard and the stamps to send it home. It’s open from 8 a.m. to 9:30 p.m. Ivan makes an appearance in Frances’ book, as a character named Niccolo, a shopkeeper sweeping the street in front of his store.

Downstairs, it becomes a gallery – open from 10 a.m. to 8 p.m. – with paintings and photos alongside gifts such as leather journals, handmade papers and original jewelry. This is where you’ll find the shop’s namesake, an Etruscan well that dates to 400 BC, which Ivan discovered and restored when he was expanding the store.

Ivan displays the well and shares his love for Cortona with the many visitors he meets. He grew up here, in the hometown of renowned artists such as Lucca Signorelli, Pietro Berrettini and Gino Severini, the famed futurist with whom his great-grandfather, also a painter, shared a longtime friendship.

Echoing Frances’ advice, Ivan says the best way to appreciate Cortona is to engage with people who live here. “You must try to meet people in order to become friends because it is the friendship which creates a memento, which creates a beautiful moment in your life,” he explains. “And that is the experience that everybody’s looking for.”

He urges visitors to view the town “with the eye of a child” by exploring its streets and alleys. He also recommends venturing to Le Celle, the monastery where St. Francis once stayed; to Bramasole, the house Frances chronicled in Under the Tuscan Sun; or to the Basilica of Santa Margherita, where the mummified body of the town’s patron saint rests.

The key to understanding why Cortona has long been a destination favored by noble and artistic travelers, explains Ivan, is getting to know the locals and attending events such as the annual Archidado, in which he plays a central character to celebrate the city’s medieval history. 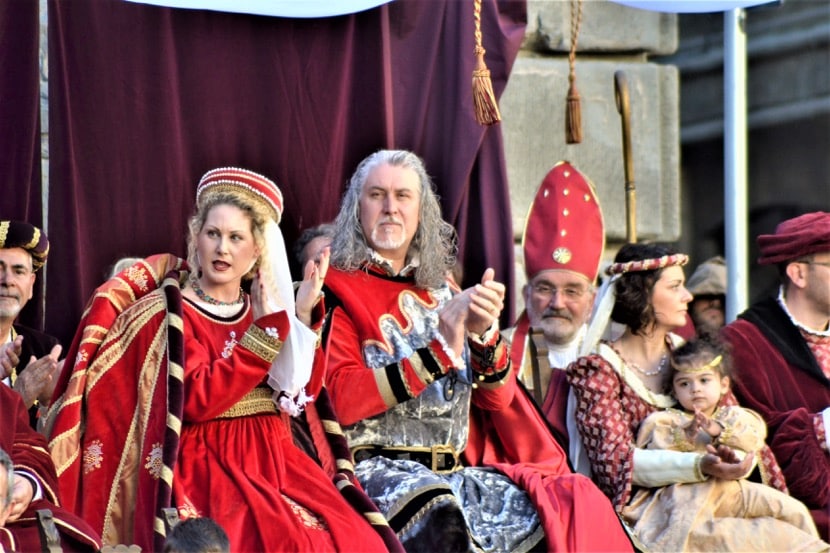 Ivan and his daughter, Marta, in costume for Archidado Festival

“We have a beautiful background, and you have the feeling when you are in this the town that there is a beautiful aura,” he says. “That’s why Cortona must be lived.”

To learn more about Ivan and Cortona art, visit www.cortonagiftshop.com